The earliest white inhabitants of Queensland made their way north from Sydney to the penal settlement of Moreton Bay which was established in 1825 for 'the worst Class of Offenders' while Governor Brisbane was in charge of the colony of New South Wales. It was not until 1839 that the period of convict occupation came to an end and the beginnings of growth of Brisbane, Ipswich and other free settlements in what is now south-east Queensland commenced in the early 1840s. By the mid 1850s, the region's earliest newspaper, the Moreton Bay Courier, was instrumental in articulating the grievances against southern neglect and maladministration that helped shape an awareness among settlers in the region of their separate identity. The creation of a new self-governing Colony of Queensland in December 1859 was due in part to agitation in these fledgling settlements for separation from Sydney.

From that time on awareness in south-east Queensland of its separate identity within the Colony (and, from 1 January 1901 the State) of Queensland developed as a result of various in¬ fluences. These included the setting up of administrative districts and regions within specific functional areas of Queensland government such as lands administration, police, public works, the Home Office and so on; and, of course, the articulation of beliefs in their separate identities in central and northern Queensland that culminated in separatist movements in those regions. The latter movements tended to sharpen regional self- consciousness in south-east Queensland because central and northern Queenslanders from the mid 1860s on began telling their fellow Queenslanders in the south-east in unmistakable language that they were different and their interests were not the interests of settlers in central and northern parts of the Colony.

The first conspicuous institutional expression of the growing regional self-consciousness in south¬ east Queensland came with the creation of the Greater Brisbane scheme in 1925. It must be said straight away, however, that other influences had also played a part in this movement including, for example, the developing belief in the efficacy and democratic virtues of consolidated metropolitan government (as already demonstrated in the Greater London and Greater New York schemes, which had been operating from 1889 and 1898 respectively). Nevertheless, the architect of Greater Brisbane, Charles Chuter, had by the early 1920s and perhaps as early as 1917, considered that an even larger area than that eventually adopted for Greater Brisbane would have been more suitable. He argued at the time, though unsuccessfully, that there were 'other areas contiguous, whose economic interests were closely bound up with Brisbane, and that transport alone urged further extension'.

A century of mining in Australia

Traversing Memory: the last days of the old Mangere bridge 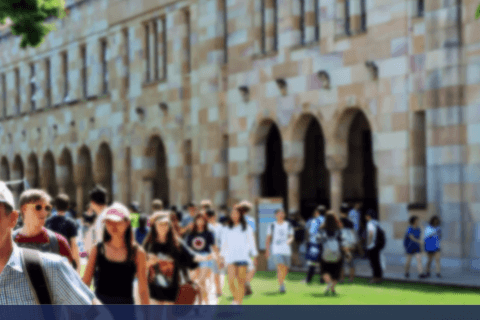 The rise of identity politics: an audit of history teaching at Australian universities in 2017

Launching the ship: a constitutional history of Western Australia