BEARing back: Russia's military power in the Indo-Asia-Pacific under Vladimir Putin

Current perceptions of Russia as a power factor in the Indo-Asia–Pacific (IndAsPac) geopolitical system are very much influenced by established post-Cold War assumptions that Moscow is no longer able to influence the regional geostrategic landscape because of its reduced military power and limited economic engagement with the region, and thus should be disregarded as a player worth considering and factoring into any strategic calculus.

Russia’s current regional security and defence policy is driven by a pragmatic approach of conflict avoidance and non-interference in third parties’ geopolitical issues, unless they’re of direct importance to Moscow’s strategic interests. In Russia’s regional defence planning, the emphasis is on strengthening the 200–300-kilometre defence perimeter along the Pacific coastline. Any large-scale military threats that can’t be neutralised by the conventional component are likely to escalate the conflict pattern into a nuclear phase, which may include the employment of both tactical and strategic nuclear assets in combat.

Amid the current geostrategic realities of Northeast Asia, Russia finds itself in a very complex and potentially fragile neighbourhood in which three major nuclear powers (the United States (US), Russia, China) and one undeclared minor nuclear power (North Korea) are present. Russia’s territorial disputes with the US over the Bering Strait area and with Japan over the Kurils / Northern Territories are just part of the region’s complexity, which is also characterised by territorial disputes between the People’s Republic of China (PRC), Japan and the Republic of Korea (ROK). Finally, the high-intensity confrontation on the Korean peninsula, with which Russia’s Maritime Province shares a land border, provides Moscow with additional grounds for strategic concern.

When assessing the possibility of the country becoming engaged in a large-scale military conflict in the future, Russian strategic and defence thinkers don’t rule out the possibility of a serious military conflict in the Far East and Western Pacific. Several scenarios dominate ongoing debates, but prominent among them are a war between Russia and China over the Russian Far East, and a war between China and a US-led regional coalition for supremacy in the Pacific, with Russia indirectly involved in the confrontation. Neither scenario is expected to unfold in the next 10 years, but these prognoses are partially triggering an ongoing capability upgrade east of the Urals.

Despite heightened geopolitical tensions with Washington and NATO, Russia’s strategic thinking and planning factors in a lower level of political–military confrontation with the US and its Pacific allies compared to the Cold War. Another factor that’s widely acknowledged is Russia’s significantly improved strategic relations with the PRC and the subsequent easing of the operational need to maintain substantial military groupings along the Sino-Russian border.

Over the past 10 years, Russia has steadily increased its defence cooperation throughout Asia. Under Defence Minister Sergei Shoigu, Russia’s Ministry of Defence has intensified its international cooperation with foreign counterparts, thus making defence diplomacy one of its core priorities. Russia is engaged in a number of regional security structures, such as the ASEAN Defence Ministers Meeting Plus, the Shangri-La Dialogue and the Shanghai Cooperation Organisation, but is also very active in developing key bilateral ties. Moscow sees opportunities for military-technological and maritime security cooperation; peacekeeping; search and rescue and disaster relief; combating various forms of organised crime, such as piracy, narcotraffic and smuggling; and counterterrorism.

Russia’s declared emphasis on cooperation indicates that confidence building is high on Moscow’s regional security agenda. The development of close and trusted relations with regional militaries is being pursued through consultations, exchanges and regular joint exercises.

This report is organised in the following manner. Part 1 reviews the evolution of Russia’s strategic and defence engagement in the IndAsPac. It also critically reviews Russia’s regional defence strategy, including threats perceptions, and principal vectors of regional engagement, predominantly through its active defence diplomacy. Part 2 provides a detailed account of major modernisation trends in Russian military power east of the Urals over the past six years and patterns in operational and exercise activity, including across the IndAsPac. 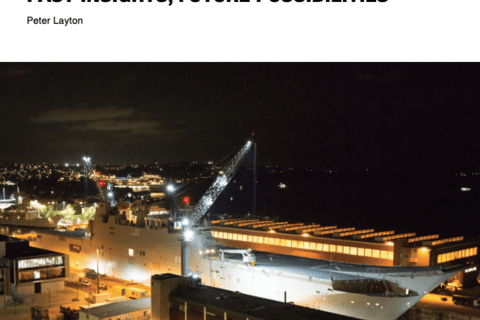 Strong and free? The future security of Australia's north

A geostrategic SWOT analysis for Australia