In the lead up to the global financial crisis CEO pay skyrocketed while the financial system looked more and more precarious. The tenth anniversary of the collapse of Bear Stearns – the fifth-largest investment bank in the United States, boasting some of the world’s most well-remunerated executives – is an appropriate time to assess what, if anything, has changed.

The average taxable income of Australian companies in 2017 was $719,000. Clearly, Australia’s ‘average’ company is not paying the sort of salaries that make headlines. The real CEO pay issues are driven by an Australian economy that is dominated by very big businesses and uncompetitive markets, such as banking which is dominated by four big banks.

Australia Institute research in the aftermath of the financial crisis documented how CEO remuneration in Australia had increased from 15 times average earnings in 1993 to 250 times in 2007. Here we update that report by presenting the latest remuneration figures for the CEOs of two big banks relative to average weekly earnings, along with other CEO pay data for the top 100 ASX companies. All of these show that CEO pay remains excessive, although it is no longer accelerating as it did up to around 2007.

Another way of considering this is that while average earnings have less than doubled since 2000, NAB and CBA CEO pay has more than tripled.

In 2011 Australia introduced the ‘two strike’ rule which required a spill of all a company’s board positions in the event that the remuneration report was rejected twice in a row by the annual general meeting. Australia Institute research at the time was sceptical that the new rule would prove effective, but while it is hard to be definitive it appears the rule has moderated excessive CEO pay at or a bit below its peak. There is evidence that similar ‘say on pay’ provisions in other countries have had a similar effect.

By and large one’s stance on further action on executive pay depends on whether CEO pay is regarded as having a market solution or whether it reflects the non-market exercise in managerial power. Those two contrasting views are spelt out and evaluated. However, it should be stressed that it is possible to hold the market view as determining CEO pay and incentives but nevertheless believe the market is perverse and characterised by myopic behaviour. An overarching concern with excessive executive pay is that it may contribute to the general worsening in the distribution of income and the need to improve the distribution of income. Baker and Denniss suggested that this was indeed a contributing factor and should be remedied.

Further policy options include denying tax deductions for executive pay above a certain amount. The Clinton administration tried such a policy with a cap of $1 million on non-performance related pay. While there was criticism that the arrangement was gamed, here it is suggested that there might be a cap on both performance pay and base salary with a maximum 4:1 ratio. The performance component would be administered by an objective body outside the corporation itself. An additional solution might be a binding vote on executive pay, as Malcolm Turnbull advocated for in 2008 (Kozial 2017). Under this mechanism, shareholders would approve in advance a total executive remuneration budget (in cash, shares, options, etc) that the company would pay out to the top 5 executives each year. No amount beyond that approved by shareholders could be paid.

Trends and determinants of top pay in the New Zealand public and private sectors, 1995-2014 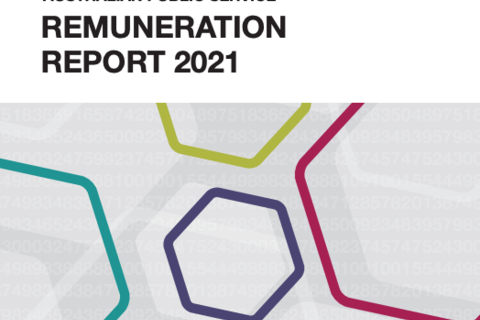 A report of the Fair Work Ombudsman's inquiry into 7-Eleven

Paying with fire: how oil and gas executives are rewarded for chasing growth and why shareholders could get burned

Commitment to the Senate issued by the Business Council of Australia: interim report