The appointment of managers over community councils in remote communities is in direct conflict with the licence conditions which Indigenous community licensees must adhere to, according to Jim Remedio, the new chair of the Australian Indigenous Communications Association (AICA).

Under the Broadcasting Services Act 1992, community broadcasting licensees must ?continue to represent the community interest that it represented at the time when the licence was allocated? and encourage members of the community to participate in the running of the station. Under the new intervention arrangements, Managers have the power to seize assets and sell them, regardless of whether they were bought with government funds of income earned in the community. Managers also have the ability to alter funding agreements and to ?desist and refrain? from specific services.

Addressing an audience of over 350 community broadcasters on the eve of the federal election, Remedio expressed grave concern that ?in this environment, all sense of autonomous community control is gone.? He implored upon the audience to consider how they would feel if, ?having spent years building your station,? all community control was taken away.

Remedio also spoke of how the elimination of the Community Development Employment Program (CDEP) has impacted on organisations. Most community radio stations and other remote broadcasting services licensed under the Remote Indigenous Broadcasting Scheme have been reliant on CDEP to run their stations. AICA has been informed that many were facing closure due to the loss of CDEP workers. At the station where Remedio works, the Central Australian Aboriginal Media Association in Alice Springs, five CDEP positions were lost. ?These positions have been lost as a direct result of the intervention to protect Aboriginal children from sexual abuse. Are you confused? So are we, said Remedio.

Members of the audience questioned Lyn Maddock, deputy chair of the Australian Communications and Media Authority, on how the regulator was planning to deal with these changes during licence renewal processes. Maddock responded that the issue had not been addressed by the former minister for communications, Senator Helen Coonan. The Labor Party has committed to reviewing parts of the intervention plan, including reinstating CDEP. 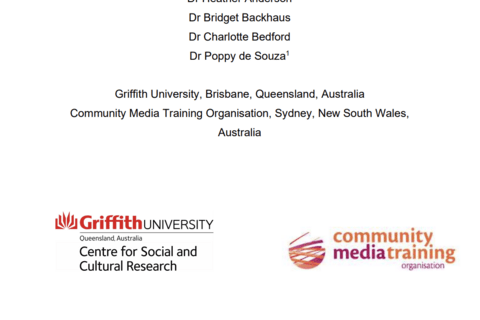 Radio in the bush: a study of radio listening in remote Western Australia