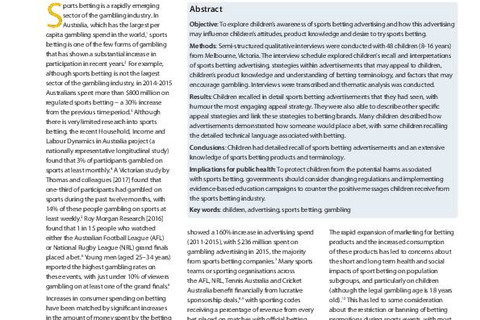 What do children observe and learn from televised sports betting advertisements? A qualitative study among Australian children 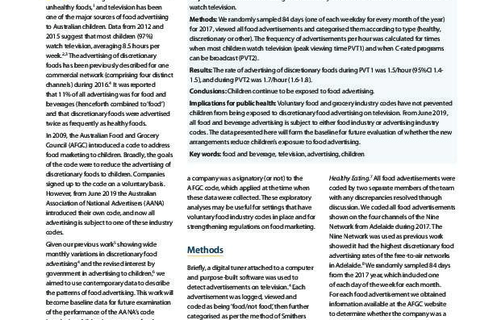 Discretionary food advertising on television in 2017: a descriptive study 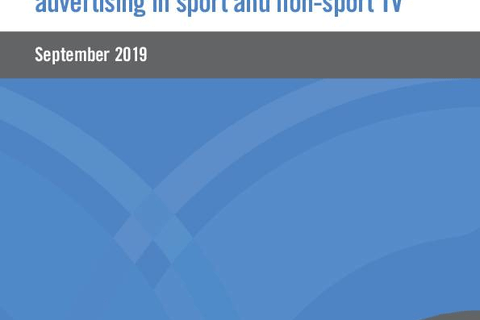 Extent of, and children and young people’s exposure to, gambling advertising in sport and non-sport TV

It's child's play: advergaming and the online marketing of food to children

Impossible to escape: the need for stronger restrictions on the placement of alcohol marketing in Australia

Television and young children - quality, choice and the role of parents: what the experts and parents say