Strategic choice: a future-focused review of the DFAT-AusAID integration

This independent review assesses the impact of the integration of AusAID into the Australian Department of Foreign Affairs (DFAT) in November 2013. It attempts to apply lessons to how Australia might approach international development in future. It draws on published reports and reviews and also on interviews with over 75 expert analysts, advisers and officials, including private contractors and non-government organisations.

As a result of integration, DFAT gained $20bn to deploy for international development over 5 years. The review contends that how the department organises itself to deploy these resources determines the value it is able to create. Maximising this value has become more important in the changed geopolitical circumstances Australia now faces. The end of the first five-year phase of integration provides a useful vantage point to consider how best to deploy the department's resources in the next five-year period.

The review concludes that Australia's strategic interests in forging wider regional alliances; encouraging a convergence of values, views and interests consistent with its own; and developing deep relationships of trust; require a wholesale shift in thinking from aid as a burdensome boutique business to regional development as a foreign policy priority. To this end, the review has assessed the extent to which the policies, processes, budgets and performance systems - are aligned to support this shift.

Views about the impact of integration differ markedly. More than 1/3 of those canvassed see more gains than losses; while around a quarter believe its impact has been strongly negative. The remainder - close to 40% - believe that while basic systems continue to function adequately, risks are rising and opportunities are being missed. The review attempts to explain this divergence. It rates integration against 16 indicators, in four categories: 1) Government objectives; 2) Program performance and quality; 3) Aid management system; and 4) Whole of department impacts.

The positive story of integration is that after one of the biggest organisational changes in its history, DFAT has bedded down its new development cooperation business. Programs are being delivered and independently vetted results appear strong. Early morale problems have largely receded and many former AusAID staff have moved into new roles, including 20 in Head of Mission or deputy positions. Nine out of ten of the government's strategic targets have been met, helping to drive major shifts in aid allocations towards infrastructure and the Pacific. There are also examples of development goals being more strongly advanced through joined-up, whole-of-department efforts. This includes significantly enhanced Pacific policy, stronger private sector collaboration and improved humanitarian action.

However, a counter narrative points to a pronounced deterioration in skills and systems for preparing and managing bilateral activities. As the last generation of AusAID-built programs comes to an end, pipelines are drying up. More than half of new designs put to the Aid Governance Board for approval were returned for more work in 2018. DFAT is also contracting out core functions into mega-facilities that a recent evaluation concludes it is struggling to use effectively. Policy adherence is said to have become idiosyncratic and systems dependent on a dwindling number of highly experienced officers. Many development professionals feel their skills and expertise are not highly valued.

The review argues that Australia's long-term strategic interests require regional development to become a foreign policy priority in its own right. It proposes that Australia strive to build a new, country-focused development cooperation model that is superior to that of other partners, including China. By doing so it could be a development leader in South East Asia and the Pacific - a trusted, influential, partner of choice. That will require a determined, systematic effort and much stronger policy and operational capability. 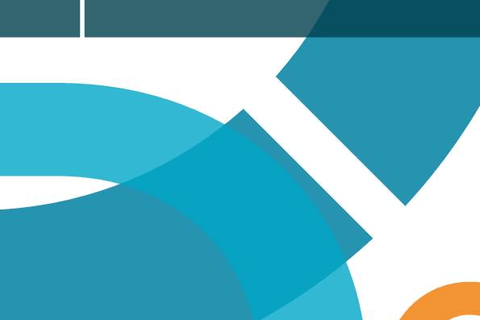 Changes to Australia’s overseas aid program under the Abbott and Turnbull Governments 2013–2016: key policies and responses

Review of operational evaluations completed in 2014