The views of children and young people in out-of-home care: overview of indicator results from second national survey, 2018

This report provides an overview of results from a 2018 national data collection on the views of children and young people in out-of-home care. Updated data for 8 indicators under the National Standards for out-of-home care are presented.

Data from a sample of children aged 8–17 who were under the care of the relevant minister or chief executive in the 8 states and territories are presented. Jurisdictions collected these data as part of their local case management processes during the period 1 January 2018 to 30 June 2018.

Developments to strengthen systems for child protection across Australia 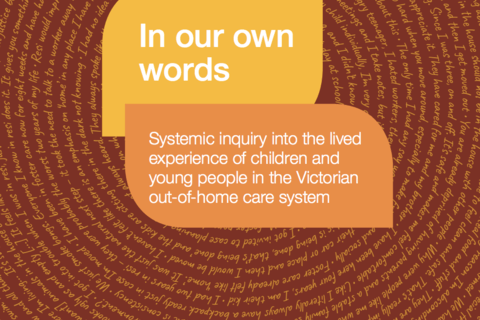 Inquiry into the implementation of the childen, youth and families amendment (permanent care and other matters) act 2014 (permanency amendments inquiry) 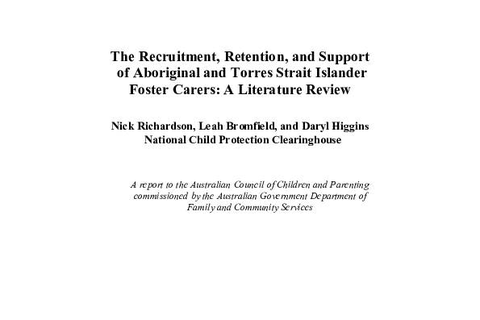 The recruitment, retention, and support of Aboriginal and Torres Strait Islander foster carers: a literature review