The Nature of Family Violence
Family violence includes any actions which threaten, harm, intimidate, control or victimise a person within a family relationship or household. Such violent, abusive or controlling behaviour may include physical or sexual assault, as well as verbal, emotional and other forms of abuse.
These actions may cause injury, as well as reducing freedom, sense of personal control, pride and identity. Family violence tends to be committed by people in positions of relative power within a relationship, against more vulnerable individuals, with the consequence that women, children, older adults and disabled people are disproportionately at risk of such abuse. Males are generally the perpetrators of family violence, while women account for the majority of victims.

Effects of Family Violence
Family violence may cause fear, depression, anxiety and low self-esteem; isolation, loneliness and lack of social support; helplessness and suicidal thoughts; guilt and sense of failure in the marriage; as well as injury or death.
Children are usually affected by family violence, either as witnesses to such behaviour or as victims of violence themselves. Effects upon children may include depression and low self-esteem; aggressive and bullying behaviour; sleeplessness or bedwetting; loss of interests or friends; poor school performance; drug-related problems; and suicidal or antisocial behaviour. Ominously, some children later model their own adult and family relationships upon the violence and abuse witnessed at home during childhood.

The Prevalence of Family Violence
Though family violence is a hidden issue - often concealed behind more conspicuous social problems such as delinquency, homelessness, alcohol and drug problems, gambling issues, depression and suicidal behaviour - its prevalence in the community is substantial. The 2016 Personal Safety Survey found that two-fifths of women had experienced violence in their lifetimes – just over one-fifth at the hands of a current or former partner. Of physical assaults against women in the previous 12 months, nine-tenths involved a person known to them – largely current or previous partners.
Circumstances such as divorce or separation, reliance upon government benefits, younger age, the experience of abuse in childhood, disability, lower socioeconomic status and financial dependency are associated with an elevated risk of family violence.

Services and Support
A diverse range of services respond to domestic violence in Victoria, including police, family violence services, refuges and other housing agencies, medical and legal services, Centrelink, counsellors, Neighbourhood Houses and community groups.
Despite recent reforms to family violence support services, and the fact that two-thirds of violence is unreported, many services still lack sufficient resources to match even existing demand, resulting in long waiting lists and limited assistance.

Federal and State Policy
In 2009, the Federal Government received the report, 'Time for Action: the National Council's Plan to Reduce Violence Against Women and their Children 2009-2021', which recommends:
• campaigns though the mass media, as well as schools, sports clubs, faith and cultural institutions and other settings, to change attitudes to family violence,
• efforts to improve the economic independence of women,
• an increase in funding for services to assist victims of violence, and
• a strengthening of the legal response to family violence

In its initial response to the report, the Federal Government announced funding for a media campaign about family violence, a respectful relationship program for schools, a 24-hour hotline for victims of family violence and research into perpetrator programs.
In 2012, the State Government released its Action Plan to Address Violence Against Women and Children. Prevention is a key part of this plan, along with support for women and children affected by violence, early identification of those at risk, more strenuous efforts to bring offenders to justice. A number of specific activities have been sustained or commenced at a local government and community level, under its program. Among them:
• local measures though the Preventing Violence Against Women in Our Community Pilot Projects and the Reducing Violence Against women and Children Grants;
• the provision of resources and training to increase the capacity of local government to prevent violence against women;
• workplace toolkits and training to help workplaces foster conditions which are safe, respectful and inclusive for women;
• the bystander program; and
• programs to respond to violence against indigenous women and those with disabilities.

Legal Reforms
In 2008, the Family Violence Protection Act was legislated, to provide more swift and thorough protection to victims of family violence, help them remain in their homes, obtain fairer treatment in the courts, and hold perpetrators of such crimes accountable for their actions.
The roles and responsibilities of Victoria Police, when investigating family violence, are set out in the 2004 ‘Code of Practice for the Investigation of Family Violence’. The more recent, ‘Victoria Police Strategy to Reduce Violence Against Women and Children 2009-2014’, released in 2009, seeks an improved response to family violence within indigenous and diverse communities, provision of a “social leadership role” in this field, and closer collaboration with community services.

Family Violence and the Indigenous Community
The prevalence of violence is markedly higher among indigenous Australians than in the general community. In response, the 2008 State Government document, ‘Strong Culture, Strong Peoples, Strong Families’, a ten-year plan, emphasizes the importance of extended families and indigenous approaches to preventing family violence, including efforts to increase awareness and understanding of family violence, strengthen community capacity, develop indigenous responses, ensure culturally competent mainstream services and improve the safety of women.

A Role for Local Government
As a level of government which is closely attuned to the aspirations and activities of the community, local government has an important part to play in contributing to the wider community response to family violence. Support for a major role for Councils is also found at Federal and State levels, the 2009 National Plan to Reduce Violence Against Women affirming that local government “…has a key leadership role” in responding to family violence, and the state policy 'Right to Respect' urging that local government "play a key role in driving and co-ordinating initiatives tailored to their local communities“. Broadly, the activities of local governments in Victoria to date have been focused upon the fields of advocacy, public education, community development and organisational change.

The accomplishments of numerous councils in these fields, have served to illustrate the breadth of the possibilities in this field which are available to resourceful and committed local governments.

Patterns processes and implications for policy: the private rental sector in Australia 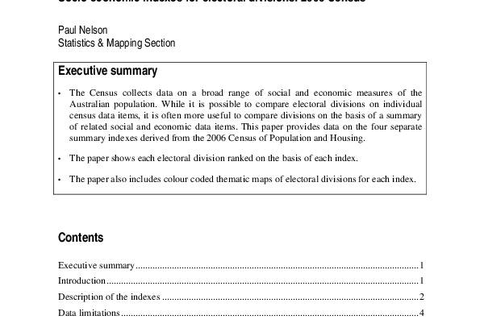