The tobacco epidemic, although past its peak in Australia in terms of the prevalence of smoking, still extracts a considerable toll on the health and economic welfare of Australians. Given that there were approximately 2.4 million daily smokers at the time of the 2016 National Drug Strategy Household survey, this scale of harm could be expected to continue for some time if prevalence is not reduced considerably. From the international evidence, we identified 46 conditions wholly or partially caused by active smoking, three where it was protective and nine conditions caused by involuntary or secondhand smoking, with the harms from the caused conditions substantially outweighing the benefits from the prevented conditions. In twelve months (financial year 2015/16) there were 20,032 deaths from smoking-related causes in Australia and there were about 1.7 million smoking-related hospital inpatient episodes.

Net tangible costs of smoking in 2015/16 were estimated to be $19.2 billion (range $16.3 billion to $24.0 billion). The tangible costs in the calculation included the reduction in economic output due to premature mortality, hospital separation costs, other medical and social care costs including the cost of informal care provided by family and friends, costs arising from workplace absenteeism and presenteeism, and spending on tobacco by dependent smokers.

In addition to the tangible costs of smoking, there are very significant intangible costs (e.g. the value of life lost, pain and suffering), both from premature mortality and from the lost quality of life of those experiencing smoking attributable ill-health. These intangible costs of smoking were estimated at $117.7 billion in 2015/16 (range $52.0 billion to $375.8 billion) with the total cost of smoking being $136.9 billion (range $68.3 billion to $399.7 billion) (see Summary Table 1 and Summary Figure 1).

The most significant individual cost item within the tangible costs was the spending on tobacco by dependent smokers, which was estimated at $5.5 billion, followed by workplace costs ($5.0 billion) and the reduction in the present value of future economic output due to premature mortality ($3.4 billion). Other health costs were also estimated and these included outpatient treatment, specialist care and possible excess general practitioner visits. Further, we developed an estimate of informal carer costs, which is the unpaid care provided by family members to those with smoking-related conditions.

Burden of tobacco use in Australia: Australian Burden of Disease Study 2015 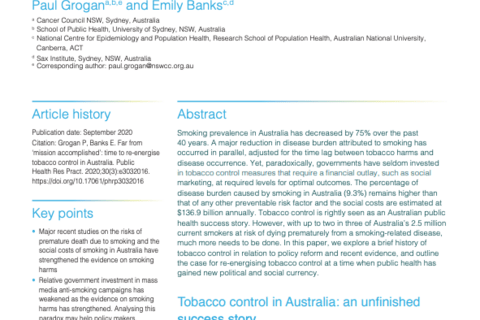 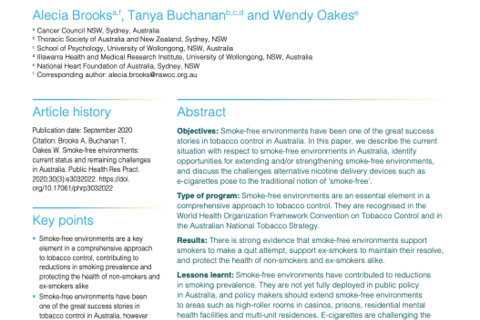 Drugs in Australia 2010: tobacco, alcohol and other drugs 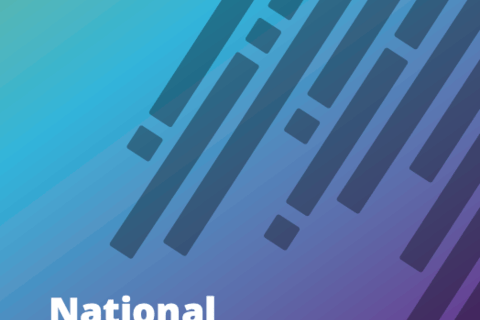