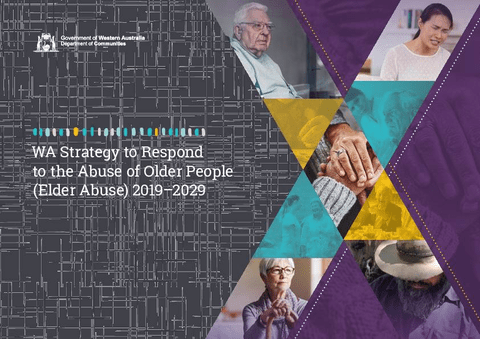 The WA Strategy to Respond to the Abuse of Older People (Elder Abuse) 2019-2029 will help to guide the State Government's programs and initiatives to prevent elder abuse and protect the rights and dignity of older Western Australians.

Elder abuse involves the abuse of an older person by someone in a relationship of trust, often a family member, and most commonly involves financial, psychological or social abuse.

Believed to impact between 7,000 and 49,000 Western Australians, elder abuse is both an underreported and misunderstood issue in the community.

Epistemological erasure: The subject of abuse in the problematization of ‘elder abuse’