This Report considers two specialised responses for individuals with mental illness and/or cognitive impairment where their mental impairment affects their ability to participate in the ordinary processes of the criminal justice system. These are:

Part 1 of this Report details the background to this reference and presents an overview of the structure of the Report and the scope of the reference.

This Part also sets out the distinction between fitness to stand trial and insanity and considers the principles that underlie the Criminal Justice (Mental Impairment) Act 1999 (Tas). These principles are fairness to the accused and the right to a fair trial, the protection of the community and the recognition of the rights of mentally impaired individuals consistent with the principles of least restriction. These principles are considered in light of the obligations that arise under international legal instruments to which Australia is a signatory including the International Covenant on Civil and Political Rights (‘ICCPR’), and the Convention on the Rights of Persons with Disabilities (‘CRPD’). 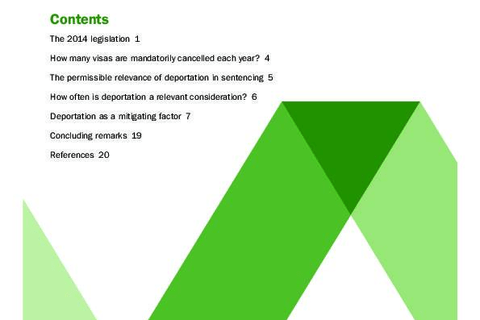 Who is diverted? Moving beyond diagnosed impairment towards a social and political analysis of diversion

When your disability doesn't fit