Influencing the EU after Brexit

The UK needs to raise its game if it wants to remain influential in Europe.

The UK and the EU will need to work together to deal with shared problems such as climate change and terrorism. The UK will also want to shape EU rules on data and health and safety standards that will affect it after Brexit.

Ministers will find it much harder to have real influence in the EU when they are no longer ‘in the room’, and will need to commit effort and resources to achieve their goals. Simply relying on the formal meetings set out in the Political Declaration will not be enough to give the UK the sway it needs.

This report, based on more than 60 interviews with diplomats from other non-EU countries who have experience of the barriers the UK will face, as well as UK government officials and business representatives, argues that the government needs to:

The shared market: A new proposal for a future partnership between the UK and the EU

Leaving the EU, not the European model? New findings on public attitudes to Brexit (part one) 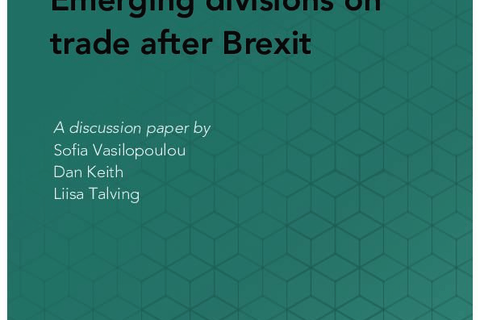 Emerging divisions on trade after Brexit

Brexit stage right: what Britain’s decision to leave the EU means for Australia

The United Kingdom’s exit from and new partnership with the European Union: white paper

Getting the UK ready for the next phase of Brexit negotiations

NZ's tiptoe relations with US & China