This report describes episodes of hospitalised interpersonal violence in the 3 years after the introduction of perpetrator coding in Australia in 2002.

It also provides a technical demonstration of the type of analysis that is possible using perpetrator codes. During 2002-03 to 2004-05, 60,926 people were hospitalised and three-quarters of them were male. The most common reported type of interpersonal violence was Assault by bodily force, accounting for just over half of all cases (55%). Unspecified person was recorded as the perpetrator in 57% of cases aggregated over the 3 years.

Over the 3-year period, 60,926 people were hospitalised as a result of interpersonal violence and three-quarters of them were male.

Women were most commonly reported as a victim of an Assault by bodily force (8,102), followed by Assault by blunt object (2,570). Head injuries were prominent regardless of the type of assault (55% for all types of interpersonal violence). Irrespective of the type of assault, female victims were most commonly reported to have been assaulted in the Home (35%) and by their Spouse or domestic partner (40%).

Patterns of mephedrone, GHB, Ketamine and Rohypnol use among police detainees 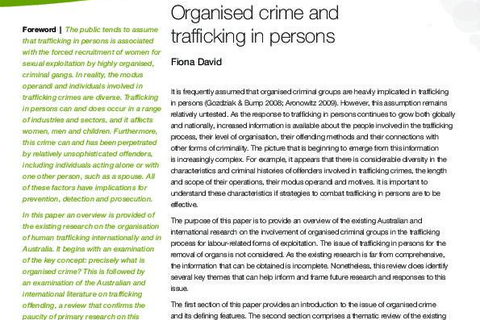 Organised crime and trafficking in persons

Firearm homicide in New Zealand: Victims, perpetrators and their weapons 1992-94

Information based interventions for injury recovery

The range and magnitude of alcohol's harm to others