The Non–observed economy (NOE) refers to economic transactions that are missing from the national accounts because the transactions are "underground, illegal, informal, contribute to production for own use or are missed". This information paper reviews the Australian Bureau of Statistics (ABS) methodologies used to estimate the transaction activity in the NOE. These estimates can be used to adjust Gross Domestic Product (GDP) to allow for the NOE.

By its very nature, the NOE cannot be directly measured, or it can be very expensive to attempt this measurement. Therefore, estimates of NOE activity must rely on limited indicative information and a variety of indirect methods – all of which can be regarded as contentious. It is likely that an unknown proportion of underground production is already captured in the observable data, owing to the data sources used and the estimation methods employed in collecting the observable data.

Given this, the review:

The paper addresses five components of the NOE:

Using the approaches outlined in this paper, the analysis indicates that the combined adjustments to the official GDP estimates for the five components of the NOE are unlikely to be greater than 3% in total, and are unlikely to contribute significantly to changes in growth rates.

Individually, the GDP adjustments attributed to these components are as follows:

The ABS estimates of NOE contained in this paper are much lower than some third party estimates. For example, a 2010 World Bank model estimates the Australian underground production at 14% of GDP. The ABS does not support the methodology, assumptions and analysis of the model used in the World Bank estimate. Estimates of the order of 15% of GDP for the underground production are considered to be implausible. In particular, an increase of this order of magnitude is difficult to reconcile with independently observed measures of GDP for production and expenditure. Also, Australian Taxation Office audits of the goods and services tax (GST) returns indicate a high level of reporting and payment compliance.

Lionel Murphy and the presumption of guilt 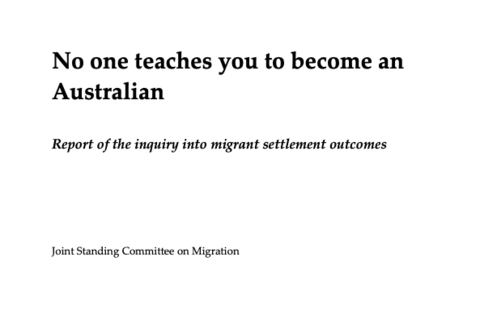 No one teaches you to become an Australian