Can Australia match US productivity performance?

This paper examines Australia's future productivity growth prospects and, specifically, whether it is feasible for Australia to match the performance benchmarks set by other countries now and in the foreseeable future.

• The United States can still be taken to be the world’s productivity leader in an aggregate ‘technological’ sense. Some European countries now have higher levels of productivity, but that reflects industry mix (oil production) and policy and institutional distortions in labour markets (which have not brought overall gain in average living standards).

• A sizeable gap between Australian and US productivity levels remains. However, the aggregate level of US productivity should not be regarded as a realistic target for Australia to achieve.

• The aggregate productivity comparison masks a diversity of experience at the industry level. Although industry data are of poorer quality, it appears that some Australian industry sectors have performed at the productivity frontier and have participated in frontier shifts along with US industries. Large gaps remain in other areas: manufacturing, wholesale trade, retail trade, utilities (electricity, gas & water), communications and finance.

• Australia’s relative performance is constrained by differences in industry presence and composition and in access to gains from specialisation and scale. These in turn are linked to fundamental factors of history and geography, including Australia’s remoteness from large markets and its pattern of settlement.

• Based on an industry-by-industry assessment, Australia appears well placed to at least maintain its overall position relative to US productivity, even with resurgent US productivity growth.

• It also seems feasible for Australia to go further and to catch up some distance on US productivity levels. However, this will not necessarily come automatically. Further policy and institutional change may be needed.

From p. X of the report.

Does distance matter? The effect of geographic isolation on productivity levels 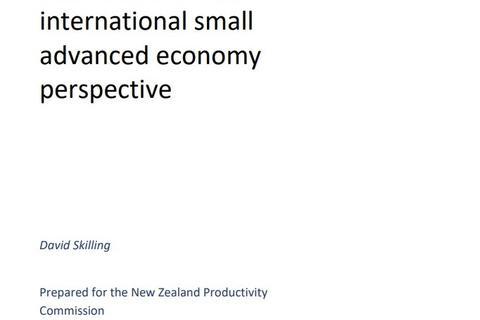 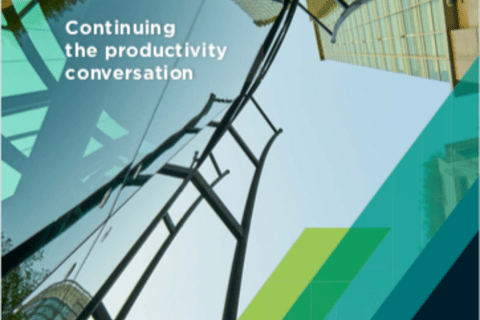