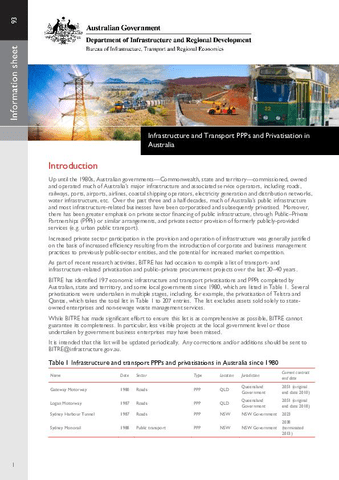 Up until the 1980s, Australian governments—Commonwealth, state and territory—commissioned, owned and operated much of Australia’s major infrastructure and associated service operators, including roads, railways, ports, airports, airlines, coastal shipping operators, electricity generation and distribution networks, water infrastructure, etc. Over the past three and a half decades, much of Australia’s public infrastructure and most infrastructure-related businesses have been corporatised and subsequently privatised. Moreover, there has been greater emphasis on private sector financing of public infrastructure, through Public–Private Partnerships (PPPs) or similar arrangements, and private sector provision of formerly publicly-provided services (e.g. urban public transport). Increased private sector participation in the provision and operation of infrastructure was generally justified on the basis of increased efficiency resulting from the introduction of corporate and business management practices to previously public-sector entities, and the potential for increased market competition. As part of recent research activities, BITRE has had occasion to compile a list of transport- and infrastructure-related privatisation and public–private procurement projects over the last 30–40 years. BITRE has identified 197 economic infrastructure and transport privatisations and PPPs completed by Australian, state and territory, and some local governments since 1980, which are listed in Table 1. Several privatisations were undertaken in multiple stages, including, for example, the privatisation of Telstra and Qantas, which takes the total list in Table 1 to 207 entries. The list excludes assets sold solely to stateowned enterprises and non-sewage waste management services. While BITRE has made significant effort to ensure this list is as comprehensive as possible, BITRE cannot guarantee its completeness. In particular, less visible projects at the local government level or those undertaken by government business enterprises may have been missed. It is intended that this list will be updated periodically. Any corrections and/or additions should be sent to BITRE@infrastructure.gov.au.

Who moves what where: better informing transport planning for Australians 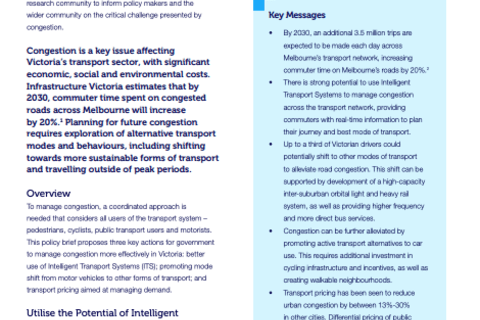