This report presents the emissions and fuel consumption test results from 30 different passenger and light commercial vehicles (“light duty vehicles”), measured with a Portable Emissions Measurement System (PEMS) on Australian Roads. Testing was conducted by ABMARC for the Australian Automobile Association in general accordance with the Real Driving Emissions (RDE) procedure defined in EC 2016_427, adapted to suit Australia’s unique roads and driving conditions. Each vehicle was tested twice, with one cold start and one warm start per test sequence. The testing was conducted on Melbourne roads between May 2016 and June 2017.

Real world vehicle testing by various agencies overseas has confirmed that the emissions from some light duty vehicles are substantially higher when measured on the road than when measured in a controlled laboratory environment. Pollutants, such as NOx (oxides of nitrogen) from diesel cars, have regularly been found to exceed the permitted test-cycle emission limits by 4 to 8 times. The disconnect between on-road and laboratory emissions performance was first identified as an air quality issue in Europe; reductions in permissible NOx emissions from road transport vehicles were not effective at improving air quality as the regulations had anticipated. Similarly, official fuel consumption figures determined during laboratory testing were often not reflective of what motorists were able to achieve on road.

Real world measurement of emissions and fuel consumption enables a vehicle to be tested in the same road type and environmental conditions it will be subjected to during normal operation. This testing reduces the ability of manufacturers to implement “defeat devices”, and limits the use of emissions reduction technologies that are more effective on the laboratory test drive cycle than in real-world use. Figure 1 below provides an illustration of the factors impacting a vehicle’s Real Driving Emissions and why regional considerations should also be taken into account.

A strategy for a cleaner transport future

Hazelwood’s closure in review: what happened 12 months on? 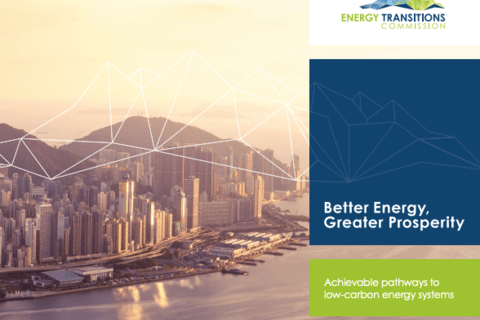 Foot off the gas: increased reliance on natural gas in the power sector risks an emissions lock-in