Salmon farming is a hot topic in Tasmania. The industry is responsible for over 2% of Gross State Product and over 1% of employment, including considerable full-time employment. This economic contribution is due to substantial growth. The industry tripled in size over the past decade, and plans to double again in the 20 years to 2030.

The industry has environmental and community downsides that have been exacerbated by the expansion. In 2016 and 2017, these attracted national media attention, including a Four Corners report on pollution in Macquarie Harbour.

The loss of social licence to operate is a major risk for the industry. It is highly exposed to the domestic market, with 90% of Tasmanian salmon consumed by Australians. The industry is vulnerable to any change in Australian consumer sentiment.

This vulnerability is compounded by international competition - about one-quarter of salmon consumed by Australians is imported. Export markets have proven difficult.

Australian consumer sentiment may have already begun to change. Among Australians who like to choose salmon as a meal option, 39% have heard of negative environmental impacts from salmon and 15% say that they have stopped buying Tasmanian salmon due to environmental concerns.

Problems with the salmon industry internationally and examples of dramatic changes in Australian consumer sentiment in other industries provide some examples of the potential negative effects of a loss of social licence.

The industry is moving some operations on-land and potentially expanding far offshore. This strategy, if implemented fully, would be consistent with community expectations and ensure that Tasmanian salmon is environmentally sustainable and well-regarded, compatible with “Brand Tasmania”.

However, aquaculture companies are also expanding their inshore operations, or failing to outline exit plans for existing inshore leases. This expansion may increase profits in the short term, but risks undermining the marine environment, consumer support and social licence on which the industry depends.

The relevance of aquaponics to the New Zealand aid programme, particularly in the Pacific

The state of world fisheries and aquaculture 2018

The state of world fisheries and aquaculture 2016

The state of world fisheries and aquaculture 2014

The state of world fisheries and aquaculture 2012

The state of world fisheries and aquaculture 2010 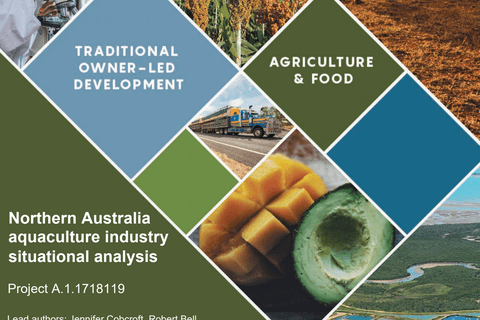 Making mountains out of minnows: salmon in the Tasmanian economy