On 3 July 2017, the Victorian Government established the Victorian Cladding Taskforce to investigate the extent of non-compliant external wall cladding on buildings Statewide, and make recommendations for improvements to protect the public and restore confidence that building and fire safety issues are being addressed appropriately.

The 2014 fire at the Lacrosse apartment building in Melbourne’s Docklands and the tragic Grenfell fire in London in June this year, highlighted the fire safety risks arising from the non-compliant use of combustible cladding.

The Victorian Cladding Taskforce has found systems failures have led to major safety risks and widespread non-compliant use of combustible cladding in the building industry across the state.

The extent of non-compliance has been supported by the findings of the Victorian Building Authority (VBA) audit after the Lacrosse apartment fire.

We found the failings identified by the VBA in 2015 were not merely administrative, or paper-based, but were significant public safety issues, which are symptomatic of broader non-compliance across a range of areas within the industry.

The problem of widespread non-compliant cladding can be attributed to three factors: the supply and marketing of inappropriate building materials, a poor culture of compliance in the industry, and the failure of the regulatory system to deal with these issues.

Under its Terms of Reference, the Taskforce prioritised community health and safety and this was a guiding principle in assessing building risk, the breadth and severity of the issue and how to address it.

A Stakeholder Reference Group (SRG) was established enabling the Taskforce to tap into the expertise of industry professionals and peak bodies and utilise the communications channels to their members.

Most members of the SRG made submissions outlining their views on the potential causes of non-compliant use of cladding, summarised as follows:

• competitive commercial pressures which incentivise the taking of shortcuts

• over-reliance on the building surveyor role as an assurance mechanism

• inaccurate and potentially misleading labelling and/or marketing of products

• complexity, ambiguities and poor understanding of the application of the National Construction Code (NCC) and how to comply with it

• poor quality workmanship, or inexperienced professionals, highlighting a general need to increase skills and capabilities amongst building practitioners, and

We found as the products became more prevalent and visible in the industry, a general complacency or blind spot occurred as to the risks. 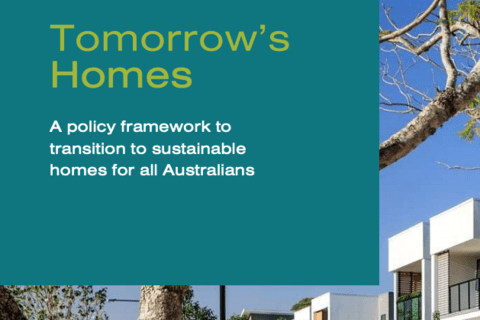 Tomorrow’s homes: a policy framework to transition to sustainable homes for all Australians