This special report details the findings and recommendations of a major IBAC investigation, Operation Lansdowne, into allegations of serious corrupt conduct relating to South West Institute of TAFE and Bendigo Kangan Institute of TAFE, and third-party agreements those TAFEs had entered into with TayTell Pty Ltd.

IBAC found that TayTell owner and director, Ms Rebecca Taylor, operated a scam through which she received more than $2 million of government funding under subcontracting arrangements with the two TAFEs, for training that did not take place.

IBAC identified weaknesses in the systems and controls of South West Institute of TAFE and Bendigo Kangan Institute of TAFE which allowed the scam to flourish. The key weakness was a failure by both TAFEs to conduct any meaningful oversight of the training which was meant to be delivered on their behalf.

IBAC also found a former Executive Manager at South West Institute of TAFE misused his position to award, or interfere in the awarding of, a Certificate IV in Training and Assessment and a Certificate IV in Engineering to Ms Taylor when she was not qualified.

IBAC’s investigation expanded to include the circumstances surrounding the recruitment of particular employees and the engagement of certain contractors (including Ms Taylor) by V/Line.

The investigation identified that between 2013 and 2016 there was a clique of senior V/Line officers who placed undue emphasis on who people knew and personal friendships, wilfully disregarding the required public sector merit-based procurement and recruitment standards. 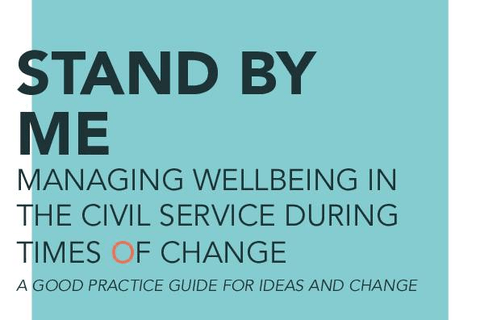 Stand by me: managing wellbeing in the civil service during times of change