Hidden in plain sight: An inquiry into establishing a Modern Slavery Act in Australia

Slavery is one of the most appalling crimes in human history. Regrettably, the term ‘modern slavery’ reminds us that slavery and slavery-like practices are still prevalent around the world today, including here in Australia.

Modern slavery is often ‘hidden in plain sight’. These heinous crimes are present across a range of industries in Australia and in the global supply chains of businesses and organisations operating here. Latest estimates suggest that over 40 million people around the world, and 4 300 in Australia, are victims of some form of modern slavery, which includes human trafficking, slavery, debt bondage, forced labour and other slavery-like practices.

In November 2016, the Foreign Affairs and Aid Sub-Committee of the Joint Standing Committee on Foreign Affairs Defence and Trade (Committee) sought the referral of this inquiry to investigate measures to better combat modern slavery in Australia and around the world. The Committee was very pleased when the Australian Government, through the Attorney-General, approved and provided a referral for this inquiry in February 2017.

The inquiry particularly focussed on assessing the effectiveness of the United Kingdom’s Modern Slavery Act 2015 (UK Act) and whether similar or improved measures could be introduced in Australia.

During the inquiry, the Committee received 225 submissions and held 10 public hearings. The Committee heard from a range of dedicated individuals, businesses and organisations with an interest in eradicating modern slavery, including from within global supply chains. The Committee applauds the work being undertaken by these groups to tackle these terrible crimes.

The Committee heard strong support for key elements of the UK Act, including from businesses. There was particular support for the establishment of the Independent Anti-Slavery Commissioner and the introduction of global supply chain reporting requirements. The Committee recommends that the Australian Government introduce similar measures here, with a range of improvements as outlined in this report.

Specifically, the Committee recommends the establishment of an Australian Modern Slavery Act, including an Independent Anti-Slavery Commissioner to lead and coordinate Australia’s response to combatting modern slavery. Evidence suggests that the UK Commissioner has made an important contribution to raising awareness of modern slavery, better coordinating UK law enforcement agencies and advocating for improved supports for victims.

The recommendation to establish a mandatory global supply chain reporting requirement for certain entities operating in Australia would require entities to take responsibility to ensure that they are not profiting, or gaining a competitive advantage, from modern slavery in their global supply chains. The Committee has further developed the recommendations from its interim report of August 2017 to outline how this reporting requirement should operate in Australia, improving on section 54 of the UK Act and the proposed model announced by the Minister for Justice on 16 August 2017.

The Committee acknowledges the significant work that the Australian Government has undertaken to address modern slavery through the National Action Plan to Combat Human Trafficking and Slavery 2015-19. Nevertheless, evidence to the inquiry suggests that more can be done to combat these crimes and to better support victims.

The Committee found that there are still gaps in the way victims are identified and supported, and the way our criminal justice agencies cooperate to bring perpetrators to justice. The Committee recommends changes to the way Australia’s victim support programs operate, including by introducing a national compensation scheme. The Committee has also made a series of recommendations to improve coordination and training for Australia’s law enforcement and criminal justice agencies. These support the Parliamentary Joint Committee on Law Enforcement’s recommendations from its July 2017 report into human trafficking and slavery.

A number of submitters raised particular concerns about the practice of orphanage trafficking and the exploitation of children in overseas residential institutions. The Committee recommends a series of measures to ensure Australian donations and volunteers do not inadvertently perpetuate these exploitative practices overseas.

The Committee was also concerned by allegations of exploitation and slavery-like practices here in Australia, particularly for migrant workers and backpackers in regional areas. The Committee recommends that these workers be better protected through changes to Australia’s visa framework, particularly by eliminating or replacing ‘tied’ visa conditions and by introducing a national labour hire licensing scheme.

Modern slavery describes some of the greatest crimes of our time. The recommendations from this inquiry make a significant contribution to ensuring that, here in Australia, we are doing all we can to eradicate these crimes.

The Committee thanks all those who made submissions and gave evidence and advice, to ensure that through this inquiry we could recommend the best measures to help eliminate modern slavery both in Australia and globally. Thank you to relevant Ministers, members of the Committee, the secretariat, and all those who assisted with the inquiry for their dedication and commitment to addressing this important issue.

Migrating for work and study: the role of the migration broker in facilitating workplace exploitation, human trafficking and slavery 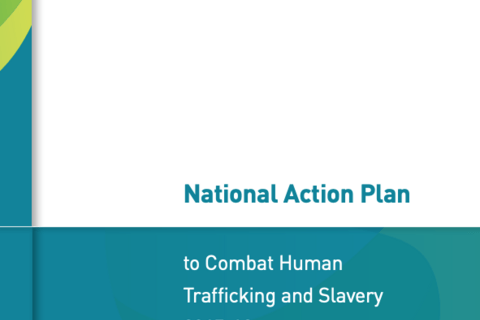 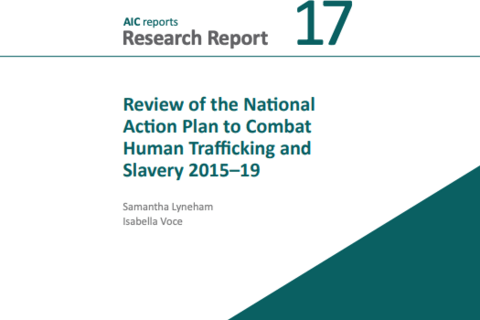 An inquiry into human trafficking, slavery and slavery-like practices: report