I would like to make the right decisions when it comes to media distribution and use, but some things just don't add up.

Choice + Media. When we put these two concepts together we usually think of channel surfing, search engines and program guides. Information choice is said to be one of the defining features of our time. We have more choice than ever before and it impacts on the way we work, learn, our psychological health and the global economy.

Choice + Society. When we put these concepts together we get something very different. 'Choice' denotes ethical decisionmaking. We don't just buy an apple anymore. We choose between the organic, locally grown apple and the one that has travelled to Melbourne from NSW via Mexico and undergone six months of refrigeration along the way. We know that our choice of apple can have profound repercussions on the environment and labour market (not to mention the taste factor).

The missing link between Media and Society today is ethics. Why haven't we moved from 'overload' to 'responsibility' when it comes to media choice? Ethical decision-making is rarely mentioned in relation to the media. However, it is unavoidable when it comes to the choices we make around food, clothes, water use, life partners etc. Now that we are not just consumers of the media but participants, the choices we make will have significant consequences for the future of the media - and, indeed, society.

Here's an example: Let's say I make a short documentary, using my portable digital video camera and some editing software that came with my laptop. I have at least four options for distributing the video in my home city, Melbourne. I can choose to screen it on: 1. YouTube 2. C31 (my local community television channel) 3. Aurora (the cable community television channel) 4. Engage Media (an online video distribution site that uses open source programming). This is where it gets difficult. Two of them call themselves community television (2 and 3), but one is joint-owned by Telstra, News Limited and PBL (3). Two have licences and are subject to government regulation (2 and 3) and two are not (1 and 4). Two are owned and operated by not-for-profit organisations (2 and 4), but only one can join the peak body for community media in this country (2).

One of them was bought for $US1.65 billion and all of its profits go back into the company (1) a company which, as Gideon Haigh has pointed out, has serious power over the future biodiversity of the information ecosystem (Google). The internet has made it easy for us to create and distribute media. But in the process of distributing my user-generated content I could also be handing over my personal information. Even worse, I could be supporting corporations that seek to restrict the way we access information in the future. Many grassroots media organisations are working to achieve democratic and ethical alternatives. Such groups are protecting our rights, ensuring equal access to the media, developing open technologies and providing training. However, it is difficult to know just by visiting a website or turning on the TV/radio what kind of media we are participating in. We cannot know whom the profits go to, what they do with content and how they will treat the information we give them. Reading the privacy statements is time-intensive and confusing. There must be a better way. In an information society we need media organisations we can trust and we need them to be clearly recognisable. Just like apples and oranges, we need a certification system that tells us what kind of media we are participating in.

Think of it as 'organic media'; it would look something like the National Heart Foundation?s tick of approval. In a recent article, Henry Jenkins and John Hartley pointed out that DIY media is the 'pre-history' of YouTube. The other history, which often fails to get mentioned, is the advocacy that fought for community governance as well as access. Australia has one of the strongest community broadcasting sectors in the world. Community radio and television licensees support themselves through sponsorship rather than advertising, partly so that audiences know when they are listening or watching non-commercial media.

These organisations are more important in the new media world than they have ever been. However, the community media sector is experiencing a state of confusion bordering on crisis. In the user-generated media environment, the old issues of governance and responsibility are out the window. There is increasing pressure on the sector's peak body, the Community Broadcasting Association of Australia to enter the convergent media era and give online community media groups membership status. At the same time, many community radio and television stations are implementing increasingly commercial practices in order to keep up with the user-generated media environment. A system of certification would ensure that existing community media groups maintain visibility and credibility. It would assist audiences and producers to make appropriate, ethical choices when it comes to media use. And it would provide a means to unite online community media with their broadcast counterparts.

The future of community television 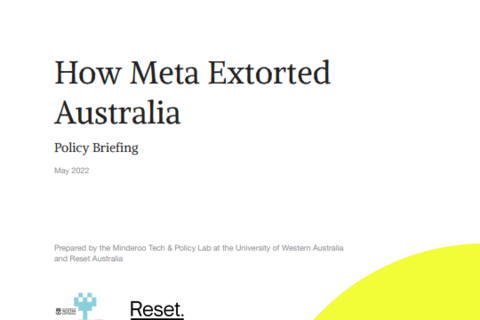 Survey wars: The explosion of measurement in audience ratings