This is ORIC's ninth report on the top 500 Aboriginal and Torres Strait Islander corporations. It collates and compares a range of data provided by corporations as part of their annual reporting.

The top 500 report analyses data from general reports submitted by Aboriginal and Torres Strait Islander corporations as part of their annual reporting requirements under the CATSI Act. This report focuses on data provided as part of 2015–16 reports.

Aboriginal and Torres Strait Islander corporations have continued to grow in 2015–16, increasing their combined income by 1.9 per cent—although the growth is less than the 8.2 per cent reported in the previous year. The 10-year average annual growth rate of total income slowed but is still an outstanding 8.3 per cent. Asset growth at 8.1 per cent and employment growth at an impressive 17 per cent were positive results in this year’s report.

Leading NT-based retailer, the Arnhem Land Progress Aboriginal Corporation again took out the top position with an income of $95.5 million, up 7.5 per cent from last year.

The health and community services sector continued to be the largest with 202 (40.4 per cent) of the top 500 corporations operating in this sector. One of these corporations is Danila Dilba Biluru Butji Binnilutlum Health Service Aboriginal Corporation.

How to go about a non-profit merger

The foundations of a well-run not-for-profit: why internal investment is critical - 2017 survey results

Protect your charity from fraud 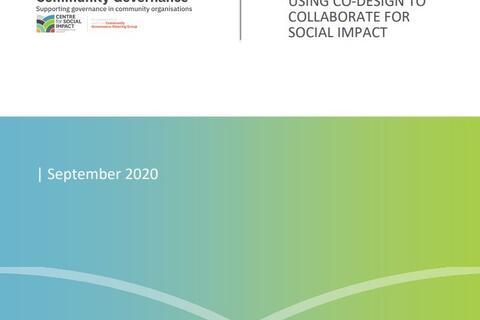 Sprinting for good: using co-design to collaborate for social impact