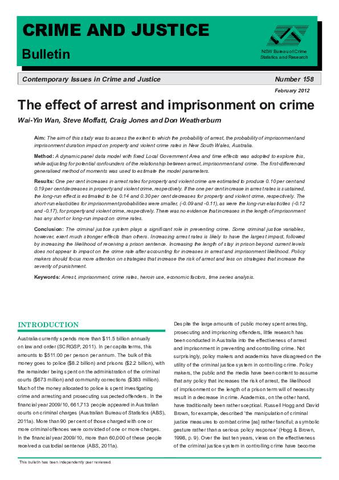 The effect of arrest and imprisonment on crime

Method: A dynamic panel data model with fixed Local Government Area and time effects was adopted to explore this, while adjusting for potential confounders of the relationship between arrest, imprisonment and crime. The first-differenced generalised method of moments was used to estimate the model parameters.

Conclusion: The criminal justice system plays a significant role in preventing crime. Some criminal justice variables, however, exert much stronger effects than others. Increasing arrest rates is likely to have the largest impact, followed by increasing the likelihood of receiving a prison sentence. Increasing the length of stay in prison beyond current levels does not appear to impact on the crime rate after accounting for increases in arrest and imprisonment likelihood. Policy makers should focus more attention on strategies that increase the risk of arrest and less on strategies that increase the severity of punishment. 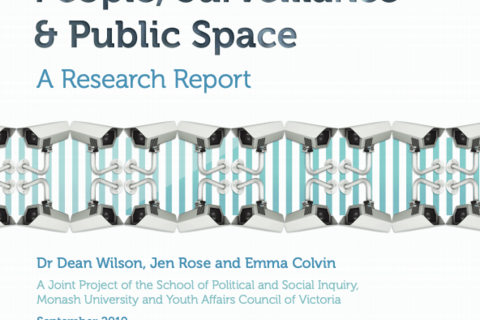