Between 1 January 1980 and 31 May 1989, ninety-nine Aboriginal and Tones Strait Islander people died in the custody of prison, police or juvenile detention institutions. They were eighty-eight males and eleven females. Their approximate average age at death was thirty-two years, the median age-the point above and below which half the cases fell--was twenty-nine years and the range was fourteen to sixty-two years. Their deaths were premature. The circumstances of their deaths were extremely varied. One cannot point to a common thread of abuse, neglect or racism that is common to these deaths. However, an examination of the lives of the ninety-nine shows that facts associated in every case with their Aboriginality played a significant and in most cases dominant role in their being in custody and dying in custody.

This Royal Commission was established in October 1987 in response to a growing public concern that deaths in custody of Aboriginal people were too common and public explanations were too evasive to discount the possibility that foul play was a factor in many of them.

The task given to the Commission by the Letters Patent was to inquire into the deaths found to fall within jurisdiction and to enquire also into 'any subsequent action taken in respect of each of those deaths including. ..the conduct of coronial, police and other inquiries and any other things that were not done but ought to have been done'.

At the outset of the Royal Commission, Commissioner J.H. Muirhead, QC, then the sole Commissioner, announced that he saw his job as being not merely to understand how each person died but to know why that person died.

Governments confirmed his view by amendments subsequently made to the Letters Patent whereby it was declared 'that, for the purpose of reporting on any underlying issues, associated with those deaths, you are authorised to take account of social and cultural and legal factors which, in your judgment, appear to have a bearing on those deaths '.

The reports on the individual deaths have been prepared by the individual Commissioners who conducted the individual inquiries. This report summarises the findings of those individual reports and addresses the underlying issues, for example, social, cultural and legal factors which appear to me to have a bearing on the deaths.

Indigenous deaths in custody: 25 years since the Royal Commission into Aborigin… https://apo.org.au/node/221446 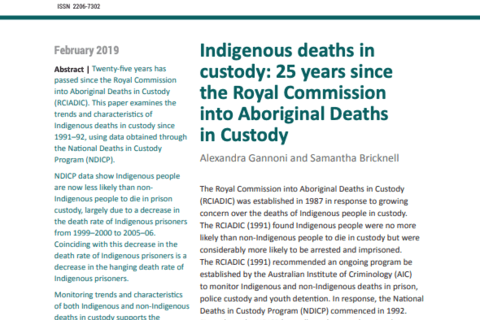 Despite 432 Indigenous deaths in custody, no one has ever been convicted. Racist silence and complicity are to blame 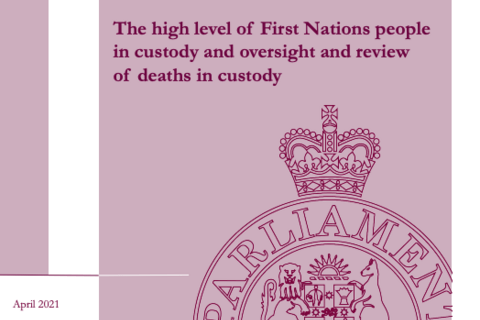 The high level of First Nations people in custody and oversight and review of deaths in custody: report