For many years, the United States has opened its doors to students from other countries who desire to enroll in U.S. colleges and universities. This has provided the United States with many benefits. These students often have been the best and the brightest of their societies. Many have remained in the United States for some or all of their professional careers and contributed significantly to U.S. society. Even those who have returned home commonly have done so with positive feelings toward the United States. Their presence here has helped their societies and ours better understand one another. Finally, from a somewhat mercenary point of view, they typically have paid full tuition, thus helping balance university budgets and, in effect, subsidizing U.S. students attending those schools.

Developments in recent years, however, have led many observers to question whether the traditional view of foreign students remains accurate. The United States has not previously faced a situation where another country is deliberately and systematically attempting, by fair or foul means, to gain access to its technology. Today we are seeing a new pattern in the immigration of foreign students—particularly Chinese students in the sciences—to study at our academic institutions. The changes include the number of students who come here, the connections that some have with their home governments (particularly the military and intelligence services of those governments), the courses of study they elect, and the proportion who return home after graduation.

Flatly closing the door to foreign students would be a foolish and self-defeating step, but the United States must consider two important questions. First, does the traditional U.S. openness inappropriately ignore or understate the risks attendant upon giving potential adversaries access to important technology? Second, if so, what should the United States do to recalibrate the balance?

This publication focuses on foreign students and technology transfer, which is only one aspect of a broader issue - how to control the outflow of critical technology from the United States without losing benefits such as international scientific cooperation and an open academic and research environment.

What are the challenges facing the Asian academic profession?

The Pakaru ‘Pipeline’: Māori and Pasifika pathways within the academy

Understanding Oceania: celebrating the University of the South Pacific and its collaboration with the Australian National University

The CRC contribution to research training 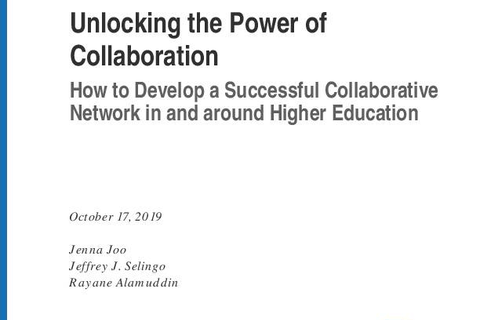 Unlocking the power of collaboration