This report helps develop an understanding of the quantum of profits being made and where in the value chain they occur. Australians spent approximately $5.8 billion on methamphetamine and $470 million on heroin in FY 2019.

Approximately $1,216,806,017 was paid to international wholesalers overseas for the amphetamine and heroin that was smuggled into Australia in that year. The profit that remained in Australia’s economy was about $5,012,150,000. Those funds are undermining Australia’s public health and distorting our economy daily, and ultimately funding drug cartels and traffickers in Southeast Asia.

One key takeaway from the figures presented in this report is that the Australian drug trade is large and growing. Despite the best efforts of law enforcement agencies, methamphetamine and heroin use has been increasing by up to 17% year on year. Falling prices in Southeast Asia are likely to keep pushing that number up, while drug prices and purity in Australia remain relatively stable.

As production prices for methamphetamine continue to decline along with wholesale prices, more sophisticated transnational organised crime actors are likely to begin to examine their business models in greater detail. Industrial production of methamphetamine for high-volume, low-profit regional markets like Australia has significant benefits for them.

The data suggests that the more sophisticated transnational organised crime groups will seek to expand their control of the heroin and methamphetamine value chains to include greater elements of the wholesale supply chain as well as alternative product lines, such as synthetic opioids.

Drug trafficking in the Pacific Islands: the impact of transnational crime 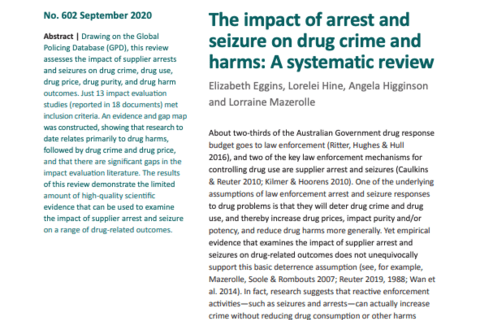 The impact of arrest and seizure on drug crime and harms: a systematic review 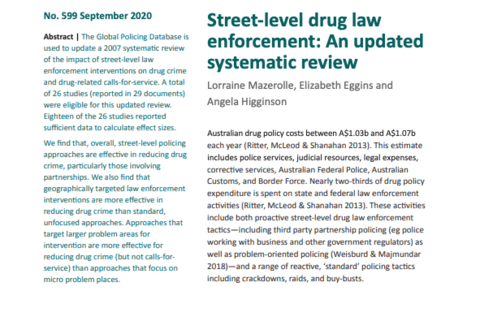 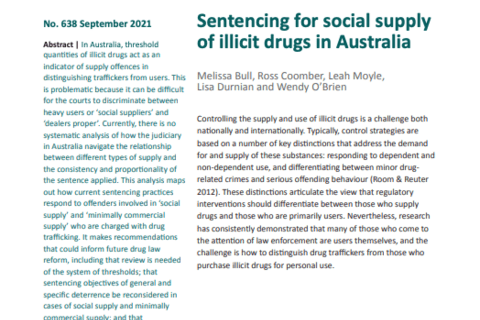 Sentencing for social supply of illicit drugs in Australia

Inquiry into the manufacture, importation and use of amphetamines and other synthetic drugs (AOSD) in Australia 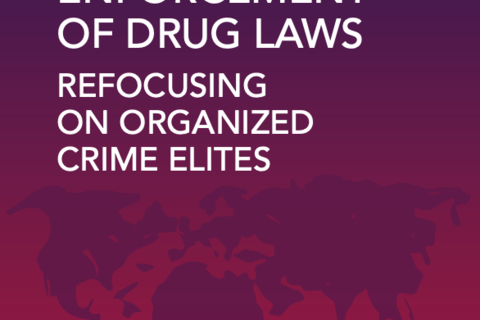 The long-term effect of the NSW Drug Court on recidivism