Australian government budgets are under pressure. In the next 10 years, they are at significant risk of posting deficits of around 4 per cent of GDP. That means finding savings and tax increases of $60 billion a year. This alarming task is not impossible, but it will require tougher choices than those made over the la st decade.

Over the economic cycle of boom and bust, balanced budgets are much better than the alternative. Persistent government deficits incur interest payments, and limit future borrowings. As a result they can unfairly shift costs between generations, and reduce flexibility in a crisis. Yet in good times it is hard for governments to run a surplus. They are invariably tempted to spend money. Many voters prefer outcomes with no obvious losers.

On published figures, government budgets are close to balanced. But this masks significant problems. Our analysis examines the budgets of the Commonwealth and the four largest State governments as a whole. It investigates trends over the next decade, and reveals serious pressures that put our prosperity at risk. The greatest come from sustained increases in spending, especially in health. Over the past decade health expenditure rose by over $40 billion in real terms. The ageing population was not the prime cause. Rather, people of any age saw doctors more often, had more tests and operations and took more prescription drugs.

Demography also had relatively little impact on Age Pension costs because more older people worked, and this trend is likely to continue. However, new policies increased Aged Pension benefits and widened eligibility. If these trends continue, they will increase expenditures by another 0.5 per cent of GDP. On top of this, inequality may well rise after the mining boom ends, creating pressure to increase welfare payments, a trend evident overseas when inequality has grown.

Governments and oppositions have raised expectations of substantial new expenditures on the National Disability Insurance Scheme, schools, additional paid parental leave, and northern infrastructure, among other policies. Even a subset of these could well cost 0.5 per cent of GDP.

To be sustainable, current budgets need to be in surplus. Underlying revenues are weaker than they seem. Company and mining taxes, and carbon price revenues are likely to be 1 per cent of GDP – $15 billion a year – less than current forecasts. Current revenues are inflated by the mining boom and Australia’s high terms of trade. If, as many predict, minerals prices fall, government revenues will fall by another 1 per cent of GDP.

With these pressures, responsible leaders will need to find 4 per cent of GDP in savings and tax increases to balance their books by 2023. What can they do to bridge the gap? Smaller government will not necessarily improve Australia’s budget balances. Substantial increases in productivity and participation, while welcome, are also unlikely to solve the probl m. Instead, history suggests that only tough policy choices can substantially improve government budgets. But it will require courageous leaders, as well as new institutional arrangements and mindsets. 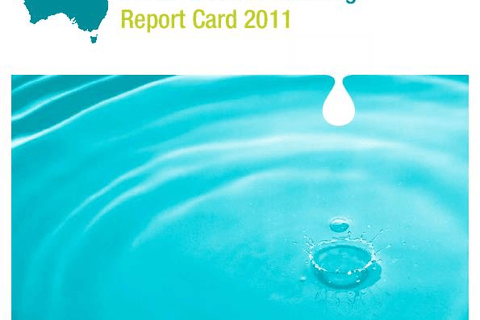