An overview of genetic modification in New Zealand 1973-2013: the first forty years

This report argues that strategically, New Zealand is no further ahead on public policy regarding outdoor use of GMOs than it was when the Royal Commission on Genetic Modification reported its findings in 2001. It considers New Zealand is less equipped to make a strategic decision to release GMOs in the outdoors in 2013 than it was a decade ago. The report forms part of the Institute’s flagship project, Project 2058. Forty years since the development of genetic modification, the Institute believes it is timely to reassess New Zealand’s approach to managing the benefits, costs and risks.

The report provides a comprehensive overview of policy development through four key eras:

(1) the journey towards the 2001 Royal Commission on Genetic Modification;

(2) the Royal Commission and its findings,

(3) the response to the Royal Commission, and

The Institute’s report makes 12 recommendations on how the current system could be strengthened, stressing the need for transparency, accountability, and consideration of the interests of all New Zealanders.

The report concludes by reflecting on the proposal that ‘the most risk-adverse solution is to close down New Zealand’s only two GM outdoor experiments on the basis that they create unnecessary public risk, with little or no public benefit, and to use those funds elsewhere. Currently the only two outdoor field tests are being operated by two Crown Research Institutes, AgResearch and Scion, and could therefore be closed down by government.

Australia's regulation of genetically modified crops: are we risking sustainability?

Attitudes to genetically modified food over time: How trust in organizations and the media cycle predict support 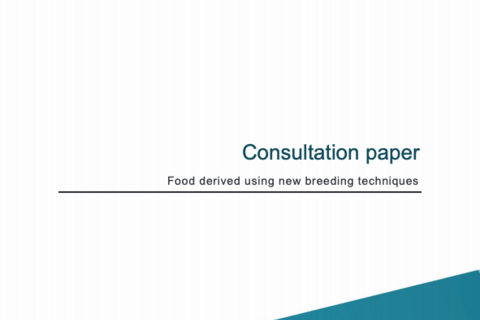 Meat analogues: considerations for the EU

Biodata and biotechnology: opportunity and challenges for Australia