Towards national reporting on agricultural land use change in Australia

This report provides the latest available information on national land use and land use change in Australia.

Land use describes the purposes assigned to land. It refers to the purpose for which the land is committed. It is fundamental to understanding landscapes, agricultural production and the management of natural resources. Land use can include the production of goods (such as crops, timber and manufactures) and services (such as defence, recreations, biodiversity and natural resources protection). It also includes urban and rural settlement. Land use choices have a major effect on food production, the natural environment and communities.

This report provides the latest available information on national land use and land use change. It draws heavily on the ABARES time series of national scale land use maps and Australian Bureau of Statistics (ABS) agricultural statistics as these are the most reliable and consistent for reporting on land use change at the national level. The strength of the ABARES national scale land use maps is that they combine ABS agricultural statistics with other land use information into one complete spatial dataset for Australia.

The broad trends in agricultural land use change are as follows:

Australia is improving its capacity to track land use change, drawing on information sources including satellite remote sensing and statistical collections. The next national scale land use map, based on 2010‐11 agricultural census information, is due for release by ABARES late in 2013 and will provide the opportunity to analyse change across the country for a number of key land uses (grazing, cropping and conservation) from 1992‐93 to 2010‐11. It will also be possible to analyse change for a wider range of land uses between 2005‐06 and 2010‐11. This is being developed by the Australian Collaborative Land Use and Management Program (ACLUMP), a consortium of national and state agencies coordinated by ABARES. 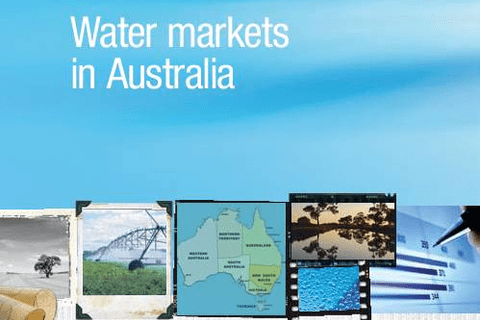