The Council of Social Service of New South Wales (NCOSS) report discusses findings from a small qualitative study exploring public and community transport use in the inner Sydney suburb of Newtown and its surrounds. The study had a focus on accessible public transport and linked with the ‘All Aboard NSW’ social media campaign.

A total of 137 public and community transport passengers participated in the study; 68 rail passengers at Newtown Station, 51 participants of Newtown Neighbourhood Centre (NNC) and 18 Community Transport passengers on the Marrickville Jetstream. They were asked questions relating to the physical upgrade at Newtown station, accessibility, disability, social inclusion, safety and their experiences as consumers of public and community transport.

Responses from the study’s participants about the recent upgrade of Newtown Station were very positive, identifying improved elements of accessibility, safety, and information. There was an emphasis on the station’s newly installed lift; respondents said the lift had improved access for people with disability (especially people in wheelchairs), older people with mobility limitations, and parents with young children and prams. Focus groups conducted at Newtown Neighbourhood Centre identified a range of issues with bus usage, including criticism directed at the unreliability of buses within Newtown and surrounding areas. Participants were also critical of some bus driver behaviour, commenting on lack of courtesy and unwillingness to assist patrons. Other feedback affirmed the importance of transport for social inclusion, as well as fostering independence for older users of public transport. Social inclusion and independence were key themes raised by Community Transport passengers. Interviews conducted on board the Marrickville Jetstream showed there are many barriers to using public transport for older people with limited mobility and/or health issues. Community Transport fills an important gap and niche for this population group.

Our study found that the Newtown station upgrade has improved public transport users’ access to trains, and this in turn enables people to be included in their wider community. We found that working lifts not only provide access to people using wheelchairs; they also provide access for the growing demographic of older people, many of whom have limited mobility. We recommend that lifts be prioritised as an essential piece of infrastructure for train stations across the Sydney Trains (previously CityRail) network.

NCOSS hopes that this report contributes to further improvement in transport across Sydney neighbourhoods, specifically regarding the accessibility of train stations.

A new model for news: studying the deep structure of young-adult news consumption

Reconfiguring media sport for the online world: an inquiry into "sports news and digital media" 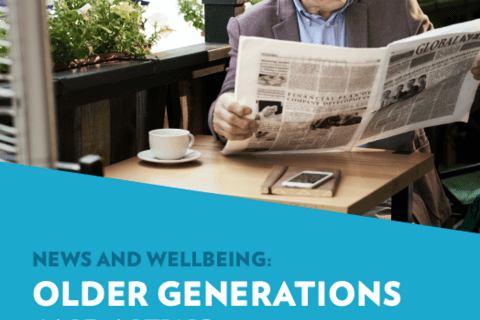 Online news: should you be reading this at work?

Read all about it: newspaper partnerships that pay off