This paper uses the 2011 Census data to quantify the impact of educational disadvantage among Indigenous Australians for labour market participation, employment and occupational destinations.

Economic participation is one of the fundamental building blocks identified in the Closing the Gap initiative (COAG 2008) for reducing disadvantage experienced by Indigenous Australians. This is because work provides economic, social and psychological benefits for individuals and societies. The government is committed to halving the gap in employment outcomes between Indigenous and other Australians by 2018; it is one of the key targets of its Closing the Gap Strategy.

The most important aspect of the economic disparity between Indigenous Australians and the wider Australian population is the relatively small number of Indigenous Australians in employment. While there are many elements to this disparity (as will be noted later in the paper), a likely key contributor is the level of educational disadvantage among the Indigenous population. We use the 2011 Census data to quantify its importance for labour market participation, employment and occupational destinations.

The research we have drawn on is extensive and varied, and includes academic research articles published in refereed journals and other publications published or completed over the last 10 years. We also provide our own analyses of the 2006 and 2011 Census, and of data from the ABS (Australian Bureau of Statistics) Labour Force Survey, National Apprentices and Trainees Collection, National VET (Vocational Education and Training) Collection, the Schools Australia catalogue and the Student Outcomes Survey. We use these to provide descriptive information as well as to investigate linkages between participation and attainment in education and training and employment.

Evidence from studies using highly quantitative techniques (mostly results of basic descriptive statistics and multivariate analyses) is used to report on key and major factors that distinguish economic and education and training participation effects for Indigenous and non-Indigenous Australians. Findings from evaluations and interviews with stakeholders and program participants (where they exist) are used to explain experiences not easily captured by extant population surveys, censuses or administrative data. The Closing the gap: Prime Minister’s report 2013 (Australian Government 2013) and the Report on government services 2013: Indigenous compendium (SCRGSP 2013) are key references.

We begin our paper by providing a snapshot of key demographics. We follow this with information on participation and outcomes from senior secondary education, vocational education and training (including apprenticeships and traineeships) and higher education. This is followed by a detailed account of employment outcomes across regions and occupations. The role of educational attainment in explaining the disparity in employment rates is then given a special focus. We report on studies that have looked at the need to take into account the multiple elements of economic participation, and focus in more detail on the role of social capital and cultural attachments and employer discrimination. We conclude by emphasising our key findings about the role of education and the need to streamline programs and strategies. In accompanying appendixes, we provide extra detail on methodological approaches and programs (including key objectives, funding regimes and program evaluations).

In many cases, the cross-sectional data we have employed have been useful to understand the gaps in outcomes. The inability to track students through the different stages of schooling and into further training and employment remains a challenge for the system and for researchers.

Throughout each of the sections, we provide details on a range of programs (mostly Australian Government programs) that have been implemented to help improve Indigenous Australians’ education, training and employment outcomes. Where detailed evaluations exist, we also present the findings of these. These program descriptions are not meant to be examples of what works and what does not work, unless of course there are robust evaluations that can be used to make such conclusions. They are just examples of the variety of programs that are being implemented and some details on participation and progress. The fact that there are only a few programs for which we have been able to access quite detailed evaluations highlights the difficulties in reaching a good understanding of what works and does not work.

What do we know about gig work in California? An analysis of independent contracting

The economics of ride hailing: driver revenue, expenses and taxes 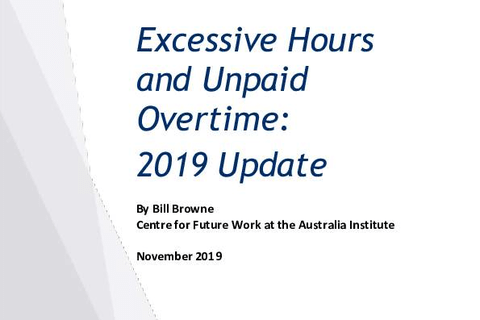 Characteristics of the underemployed in New Zealand