Late-season changes to the farm gate prices paid by Australia’s two largest dairy processors in April 2016 caused substantial detriment to the Australian dairy industry and were the catalyst for this inquiry. These ‘step-downs’, enabled by contract terms, caused severe and unforeseen reductions in the incomes of more than 2000 dairy farmers and the productivity of the industry. Farmers exited the industry and milk production fell substantially.

The events of 2016 resulted in a crisis for the industry. They prompted public discussion about the structure and practices of the industry, and the implications for its performance, especially the impact on farmers. However, these are not new concerns. For several years questions have persisted about whether Australian dairy farmers receive fair prices for the milk they produce. These intensified after supermarkets reduced the retail price of private label milk to $1 per litre in 2011.

Through this inquiry, the ACCC has analysed the performance of the industry and the structural and behavioural features which contribute to this.

The dominant picture that has emerged is one of clear imbalances in bargaining power at each level of the dairy supply chain. This begins with the relationships between retailers and dairy processors, and progresses down to the relationship between processors and farmers.

Processors have responded to export and domestic market pressures through major capital investments and adjustments to their business strategies, particularly in the last five to ten years.

In the domestic market, the major Australian supermarkets have exercised their bargaining power over processors to elicit lower wholesale prices and increased efficiency. The most notable illustration of this dynamic is the pricing of private label milk. Supermarkets have leveraged their buying power to drive wholesale prices down and reduce the profit margins of processors. Ultimately this has enabled the supermarkets to maintain low retail prices. While supermarkets have retained some of these savings for themselves, they have mostly transferred them to consumers in response to retail competition.

Processors able to supply both export and domestic markets can mitigate their exposure to the supermarkets’ bargaining power to some extent by adjusting the focus of their businesses on different markets as needed. Some negotiating power can also be derived from supplying differentiated and premium products.

Unlike others in the supply chain, most dairy farmers have no bargaining power and limited scope to reposition their businesses to mitigate this. Larger-scale farmers can receive more favourable prices and trading terms and there are clear productivity benefits from scale as would be expected, but this is not the typical farmer experience. Most dairy farmers have very limited bargaining power; limited ability to switch to a different farm enterprise. Imbalances in bargaining power between processors and farmers result in practices that reduce competition for raw milk and transfer disproportionate levels of risk onto farmers. These include complex and poorly timed pricing information, and contract terms which deter switching. These features make it difficult for farmers to know whether it is in their interests to switch to a rival competitive offer, and also to implement a decision to switch.

The ACCC has identified two main concerns arising from these key findings. First, softened competition between milk processors results in lower farm gate prices than would be the case in a more competitive market. Second, bargaining power imbalances deter productivity-enhancing investments by farmers if they are unable to capture a sufficient share of the returns to make the investment worthwhile.

Farmers’ lack of bargaining power means that they are unlikely to benefit from an increase in the retail or wholesale prices of private label milk or other dairy products. Any increases in margins flowing from an increase in the retail price will simply be captured by the major supermarkets, or at best shared between the supermarkets and processors.

Farmers’ ability to capture appropriate share of profits depends on their bargaining power. Measures to improve bargaining power will improve their ability to negotiate a more appropriate share and will also enhance competition between processors for raw milk. This increased competition will also benefit farmers by increasing the minimum price that processors must pay to secure their raw milk supply.

The ACCC is therefore considering options to bring about changed industry practices, to make it easier for farmers to switch to a processor that offers better terms and conditions, and improve production signals and competition at the farm gate. In particular, the ACCC’s analysis suggests that a mandatory industry code of conduct to apply to processors is warranted.

This report presents the ACCC’s analysis of these and other associated issues in detail. Our interim findings and recommendations are focused on encouraging practices that ultimately facilitate more efficient dairy production.

The ACCC will consult on this Interim Report with submissions due by 31 January 2018. 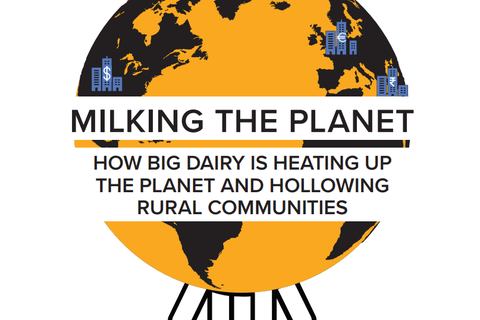 High stakes in the High Country