Under the radar: the mental health of Australian university students

According to the most recent higher education statistics, there were approximately 1.4 million students studying in Australian universities in 2015. Census data indicates that approximately three in five students are aged between 15 and 24 years and we know at least one in four of these young people will experience mental ill-health in any one year.

It is also possible that the very nature of the university experience could increase the risk of psychological distress among this population. For some students this experience includes: financial stress, lack of sleep, poor diet, balancing work and study responsibilities, living away from family and pressure to excel in the context of an increasingly competitive job market. It’s a combination of risk factors which can result in, or exacerbate, mental ill-health among university students.

There are significant gaps in Australian research and data on the prevalence and nature of mental ill-health among university students. What research exists suggests that university students are more likely to experience mild-moderate psychological distress than their non-student peers while some studies have suggested much higher levels of distress among this group. Students from Aboriginal and Torres Strait Islander backgrounds, low socio-economic backgrounds, rural areas and international students (groups whose participation in higher education has increased in the past two decades) appear to experience even greater risk.

There is evidence to suggest many students do not disclose or seek support for their mental health within university settings. This is often due to perceived (and actual) stigma about mental ill-health and a lack of understanding among some academic or administration staff about the seriousness of these conditions and effective ways to respond. Many students are concerned that disclosing mental ill-health will jeopardise their reputation, their results and their job prospects.

Students who do seek help from university support services can often find themselves on waiting lists and/or with only a very limited number of sessions available to them as these services struggle to respond within their existing resources. University counselling services have reported increased demand and an increase in severity and complexity of presentations. The majority believe they are unable to meet expected/core service delivery with their current staffing profile.

While Australia provides world class higher education and is an international leader in the response to youth mental health, the mental health of university students (and tertiary students more broadly) has largely been absent at a government policy level, impacting on the capacity and capability of the university sector and the mental health sector to effectively respond. In countries such as the United Kingdom, United States and Canada, understanding and improving university/college student mental health and reducing tragic and preventable suicides among this population has had a stronger focus from government, university peak bodies and philanthropy. Given almost a quarter of a million young Australian university students are likely to experience mental ill-health during any one year at university, it is imperative that this gap is addressed.

Step-by-step: a new WHO digital mental health intervention for depression

Prevention and early intervention for adults with mild to moderate depression 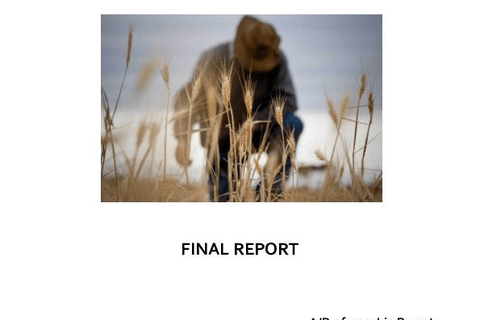