Objectives: To estimate the prevalence of fetal alcohol spectrum disorder (FASD) among young people in youth detention in Australia. Neurodevelopmental impairments due to FASD can predispose young people to engagement with the law. Canadian studies identified FASD in 11%–23% of young people in corrective services, but there are no data for Australia.

Design: Multidisciplinary assessment of all young people aged 10–17 years 11 months and sentenced to detention in the only youth detention centre in Western Australia, from May 2015 to December 2016. FASD was diagnosed according to the Australian Guide to the Diagnosis of FASD.

Participants: 99 young people completed a full assessment (88% of those consented; 60% of the 166 approached to participate); 93% were male and 74% were Aboriginal.

Conclusions: This study, in a representative sample of young people in detention in Western Australia, has documented a high prevalence of FASD and severe neurodevelopmental impairment, the majority of which had not been previously identified. These findings highlight the vulnerability of young people, particularly Aboriginal youth, within the justice system and their significant need for improved diagnosis to identify their strengths and difficulties, and to guide and improve their rehabilitation.

Submission to the Commission for Children and Young People Inquiry into the implementation of the Children, Youth and Families Amendment (Permanent Care and Other Matters) Act 2014 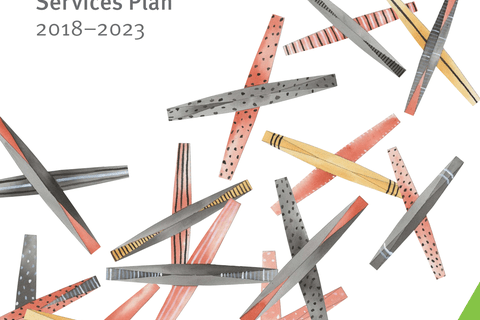 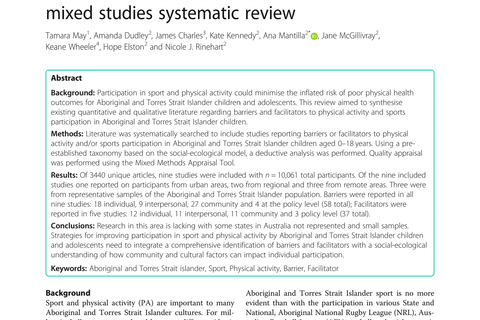 Barriers and facilitators of sport and physical activity for Aboriginal and Torres Strait Islander children and adolescents: a mixed studies systematic review