‘Bisnis in context’: unlocking the potential for sustainable commercial use of land in Solomon Islands

This report is part of a broader regional study on sustainable economic development of customary land in the Pacific, ‘The Land Works for Us.’ The findings from that study were intended to inform New Zealand’s engagement as a bilateral donor to support development efforts in Pacific Island countries. In those countries, a wide range of both successful and failed commercial developments on both customary and other forms of land tenure were presented. For these developments to achieve sustainability it was recognised that not only did these need to be locally owned and led, they also needed to be carried out within the local context.

In Solomon Islands, there is also growing and continuing push towards land reform and commercial use, with recognition of successful landowner ventures both historically and today. The land reform process has a long path ahead of it in order to establish and tighten legal arrangements that will have landowners on board and benefitting, but most significant is that the process is wholly locally led with active community engagement. In a country where around 87% of land is under customary tenure, commercial ventures need support from customary landowners, otherwise they are unlikely to succeed. What is also important is that culture, customary practices and history need to be viewed as enablers and not barriers to commercial development. Land is not simply a physical space, it is everything that surrounds it spiritually, culturally and believed in. This can be difficult for developers to grasp and issues such as determining who the customary owners are, relationships within and between communities, and who has legal and customary rights can present a challenge. Working within the parameters of what customary owners deem appropriate is fundamental to unlocking the commercial potential of land. While certainty of title to land is considered critical in the modern development context, interpretation of title can be complex as relationships to and use of land, can be interpreted in different ways. Security of tenure depends not only on the needs of a society at a given moment, but also on the relationships people and their societies have with their land, as well as its perceived value and possibilities for exchange and ownership. Relationships with land can be attained and lost through both customary and modern land tenure systems. ‘With land, it is never over,’  but more than that, attempts to put land to commercial use can fail when it is not understood that talking of ‘land tenure’ is only a part of what is needed. To quote Roughan et al., the “spheres of village, community and kastom” help to understand the “full gamut of …actors, …knowledge and … factors that can have a bearing on enterprise success or failure.”

There are many enabling factors needed to understand what works for land, and what does not. These can include political will among customary landowners, strong state institutions, respect for cultural practices, and also good administrative capacity and funding such as accountable governance at all levels (including traditional frameworks and customary institutions). For these to be successful in the long term, attention needs to be given to issues of gender, especially women’s rights to customary land, and the inclusion of youth in the process. These areas, frequently negatively affected by land policy reform, and sometimes viewed as barriers to commercial use, can also be viewed as challenges and opportunities. These are all being addressed in Solomon Islands and there are a number of innovative approaches detailed here that, if supported, may bring about successful reform of land as well as recognition that collective notions of ‘bisnis’ can have valuable social benefits.

What is most important in this study is context and it is therefore important to understand not only aspects of historical and contemporary social and economic change, but also how people feel about and relate to their land. Recent sociopolitical and economic issues feature greatly in recent years. Ethnic tensions and political instability have been significant, but so too are rapid urbanisation, demands for higher education and changing demographics (especially the ‘youth bulge’). The case studies presented here demonstrate that people are determined to develop successful businesses and the best ways of doing this are within the local context of not only the diverse cultural groups of Solomon Islands but also differing gender beliefs and involvement.

Key findings that may be useful for policy are presented at the end of this report and involve expanded use of agricultural commodities, especially the coconut, including it in ways that do not always require secure land tenure. The expansion of niche products utilising the rich heritage and craft sectors, as well as crops such as cocoa can also be valuable. Linking niche markets and traditional knowledge and beliefs with the expanding tourism sector is also considered vital and, with expanded opportunities in financing, and for youth and women, can demonstrate potential for the expanded and sustainable commercial use of customary land.

The intention of this report is not to attempt to resolve land tenure issues in Solomon Islands. Instead the focus is on what already exists in order to highlight a much broader understanding of land that encompasses more than the physical, what is working (and what does not) in terms of commercial use of customary land. It also aims to show some of the ways that people (women, men, youth) are finding ways to carry out sustainable commercial activities. Not all of these require secure tenure in the formal sense, but they do need some form of collateral, including finance, as well as access to materials from their land. Examples are given as to how this may be done with the intention of presenting a wider understanding of people’s long relationship between land and trade and commercial activity; a relationship far more ancient and complex than generally recognised in current attempts to incorporate Solomon Islanders into global economic and trade networks.

A case of benign neglect: knowledge gaps about sustainability in pastoralism and rangeland 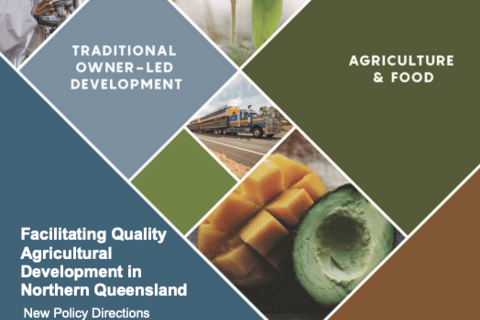 Land and water rights of Traditional Owners in Victoria