This report presents a summary of the findings and activities of Stage 2 of the LCL-CRC research project RP 1033 “High Performance Commercial Building HVAC”.

This study was used to gain a better understanding of HVAC design used in high performance buildings verses that required for minimum code compliance. This work is part of a broader CRC project - Mainstreaming High Performance HVAC, which is looking at factors associated with facilitating increased industry uptake of high performance HVAC design. The focus of this study is to examine the potential energy savings from improved duct and pipe system design.

The simulation results showed that the annual electricity consumption of the case study HVAC system was 13% less than the consumption for the BCA compliant HVAC system. This was mainly due to energy usage reductions in the air handling units (AHU’s) and return air (RA) fans (24% reduction), the chillers (25% reduction) and the chilled water pumps (28% reduction) for the case study HVAC design compared to the BCA compliant HVAC design.

The widespread adoption of the design criteria utilised for the case study HVAC design is recommended for other low temperature VAV, air-water HVAC systems. If adopted by HVAC designers, this approach would lead to significant reductions in the energy usage and greenhouse gas emissions of these systems. 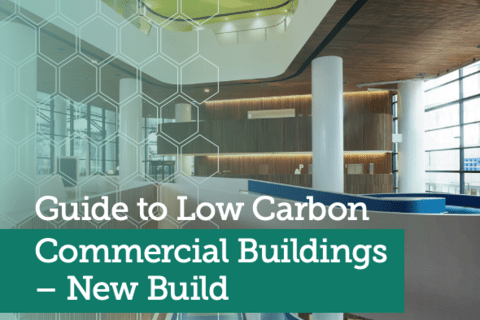