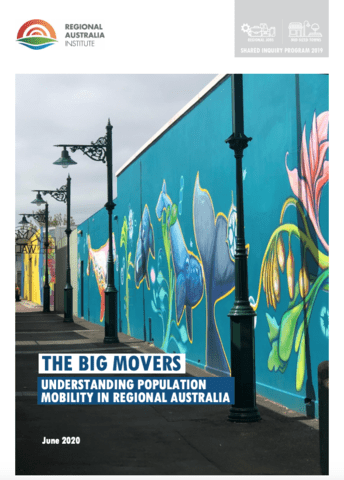 Current population debates are considering how to balance population growth across Australia better, and what mechanisms might work to encourage people to live in regional Australia. But Australia’s population is already highly mobile; we move more often than 80 per cent of other OECD countries. More than 39 per cent of Australians change their address every five years, compared to an international average of 21 per cent.

As well as analysing the flow of people of all ages to and from regional Australia, this report takes a closer look at the way that millennials (20-35-year-olds) moved to and between regional communities. The focus on this age group is of particular interest to policymakers, as it consists of families as well as early-to-mid career professionals and tradespersons, all of whom can boost the human and social capital of regional communities. People in this age group are highly desired regional residents and have the potential to become long-term community members.

The future of regional jobs

Regions at the ready: investing in Australia's future - final report

"Learn from yesterday, live for today, hope for tomorrow"