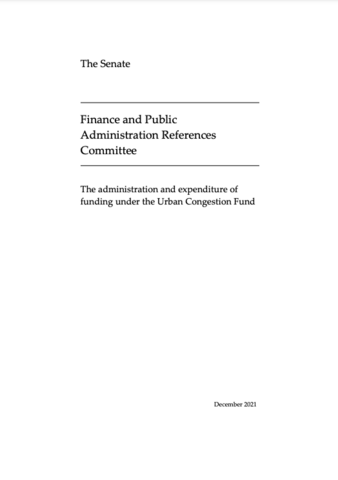 The administration and expenditure of funding under the Urban Congestion Fund

Since its establishment in the 2018-19 Budget, the Urban Congestion Fund (UCF), and the Commuter Car Park Fund (CCPF) as a program within the UCF, have been administered without any proper administrative framework or oversight, and have been used as vehicles for the selection of projects which serve a political purpose, instead of what they should be used for—addressing congestion in urban areas to help commuters every day.

The misallocation of funds under the CCPF reflects an endemic culture within the Government of using public money for political purposes, given its parallels to the Government’s administration of the Community Sport Infrastructure Grants Program which was mired in political interference and failures of governance. While the committee notes the CCPF was not a grant program, the politically motivated misallocation of infrastructure funding corrodes public trust in government spending decisions.

As detailed by the Australian National Audit Office (ANAO), the UCF is not a grant program, and therefore does not need to adhere to the Commonwealth Grant Rules and Guidelines. Further, the ANAO found that there are no published guidelines, eligibility criteria or merit criteria for the UCF. This has led to the allocation of funding under the UCF through a non-competitive, non-application-based process. Given that the UCF is a $4.8 billion fund, the lack of any proper administrative, feasibility, value for money or merit-based frameworks is astounding.

The significant problems associated with this approach have been exemplified by the administration of the CCPF. What was originally a $500 million fund, has become a $711 million fund, which has been plagued by the misallocation of taxpayer funds. 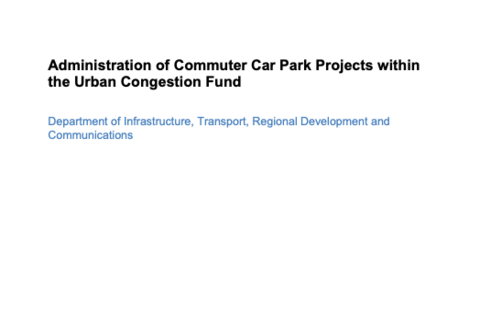 Roundabouts, overpasses, and carparks: hauling the federal government back to its proper role in transport projects 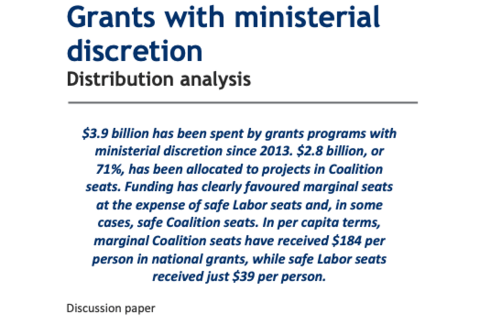