Western Australia and the evolving regional order: challenges and opportunities

Executive Summary: 21st century Asia is a powerhouse in the contemporary global economy. In a short period of time it has closed the development gap between the Region and the rest of the world. All indications suggest that this growth performance will continue into the foreseeable future.

Australia’s high levels of economic growth over the last decade are directly related to Asia’s ‘economic miracle,’ with Western Australia playing a lead role in Australia’s regional economic engagement. Indeed, the State has accounted for nearly 50 per cent of Australia’s commodity export trade in recent years, concentrated overwhelmingly in Asia. In this sense Australia, and Western Australia in particular, are becoming increasingly ‘hard wired’ into the Region. This presents many opportunities but also challenges.

The First Murdoch Commission was established to identify how these opportunities may be pursued and how the challenges may be addressed. The initial impetus was that future prosperity required well-informed strategies and policy settings to optimise potential benefits and sustainable gains.

The broad context of the inquiry was the contemporary rise of Asia. This rise is a story of success, yet it is success accompanied by significant challenges. Deepening regional integration is an essential part of the story, with the effect of distributing risks as well as benefits. The ongoing performance of the Region is thus also a question about addressing major problems including rapid urbanisation, resources security, demographic burdens and environmental pressures.

This insight underpinned the deliberations of the Commission and its investigation of how economic engagement and the growing interdependency of Western Australia, Australia and the Region can be pursued to enhance mutual benefit and long-term resilience.

A distinct feature of the Commission’s investigations was its regional approach. This included the composition of the Commission’s membership, and a series of meetings and consultations with various stakeholder groups and individuals in major regional centres. This approach was taken precisely because Australia’s core interests are now closely intertwined with Asia’s continuing prosperity and stability.

The Commission found that there is a strategic choice to be taken by Australia: whether to remain a mere exporter to the Region or to become a more active participant engaging in the Region. The former choice leaves Australia susceptible to the volatilities of a game that it has little capacity to influence. By contrast, the latter offers Australia far greater potential influence, opportunity and long-term benefit for its economic prosperity and wider future. Efforts in this space should not underestimate the major challenges confronting both the Region and the Australian economy, and how regional cooperation can provide ways to address these challenges.

The Commission concluded that greater regional engagement offered many benefits. This includes opportunities for Australia to contribute to addressing some of the major challenges in the Region, especially in areas such as food security and capacity building. Western Australia in particular has a lot to offer and a lot to gain in this respect.

Technology developments in the digital economy 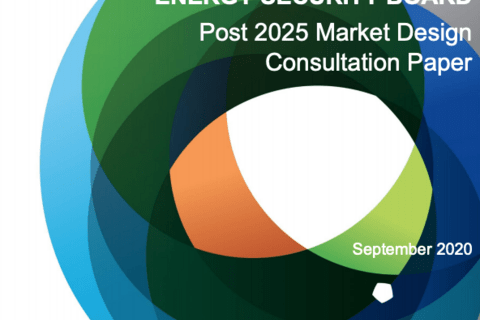