This paper explores the return of Kevin Rudd to the Prime Ministership in 2013, and the issues and dynamics that animated politics prior to Rudd’s announcement of the 2013 election.

Introduction: The return of Kevin Rudd to the Labor leadership on 26 June 2013 and his appointment as Prime Minister is one of the most compelling tales in modern Australian political history.

Having resigned as leader in June 2010 in the face of a revolt by the Labor Caucus that saw him replaced by Deputy Prime Minister Julia Gillard, Rudd remained a prominent and popular public figure. By and large the Australian public was either puzzled or dismayed—often both—by Rudd’s removal.

Eventually stories emerged alleging that Rudd had an abrasive and dictatorial style, that his management of Cabinet processes had been chaotic and that he micro-managed Government business—behaviours that reportedly fuelled his colleagues anger and resentment leading to his repudiation by them in a ‘coup’.

But Rudd, now a backbencher, seemed disinclined to simply accept his fate. He maintained a high public profile. There had been rumours that he was behind a series of damaging leaks about Julia Gillard in the run-up to the 2010 election, and many blamed him for damaging Labor’s vote sufficiently to deny it majority Government status. Labor had to govern after the 2010 election with the support of independent and minor party MPs.

Thereafter Gillard endured what many considered to be the toughest of political environments—a largely disaffected or disinterested electorate; a hostile, often vicious press; herself burdened by scandals of others’ making and pursued by allegations of misdemeanours; and a relentless leadership crisis fomented within Labor ranks that created an aura of instability around her government and raised the ire and anxiety of citizens. Under such circumstances Opposition Leader Tony Abbott proved extremely effective at portraying the Labor Government as chaotic, ill-disciplined and incompetent. Gillard’s January 2013 announcement of an election on 14 September effectively ushered in an eight-month election campaign, intensifying political pressure and darkening the public mood.

The press had retained a fascination with Kevin Rudd. There were persistent rumours that he was seeking a return to his former post notwithstanding both his repeated denials to that effect and Caucus ballots that had re-affirmed Gillard as leader.

But on the afternoon of Wednesday 26 June, with leadership speculation once more at fever pitch, Gillard announced that the Labor Caucus would meet at 7pm to resolve the leadership issue once and for all. It should be a condition of the ballot, said Gillard, that the loser should retire from Parliament.

Gillard lost the ballot, receiving 45 votes to Rudd’s 57. His return heralded a marked improvement in Labor’s electoral fortunes.  This paper explores ‘Rudd redux’, and the issues and dynamics that animated politics prior to Rudd’s announcement of the 2013 election. It also deals briefly with Rudd’s 2013 campaign and offers some reflections on its outcomes. 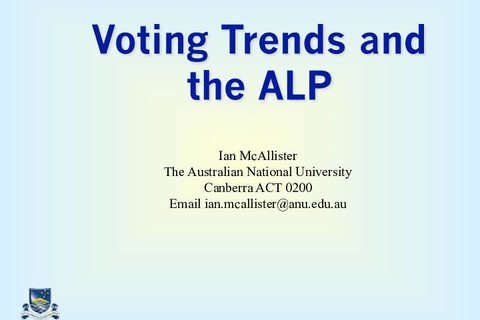 Voting trends and the ALP 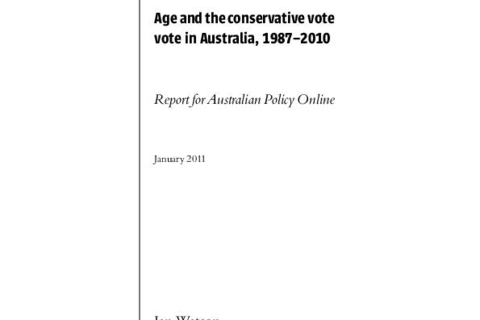 Is demography moving against the Coalition? Age and the conservative vote in Australia, 1987-2010

What's new? Democracy, politics and the role of the media 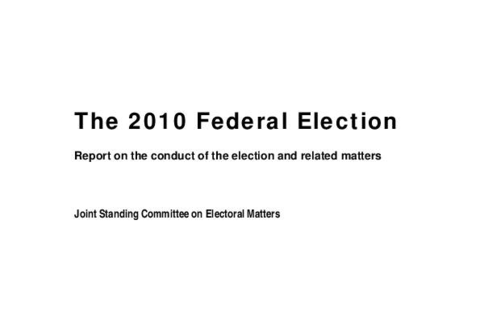 The Hung Parliament: procedural changes in the House of Representatives