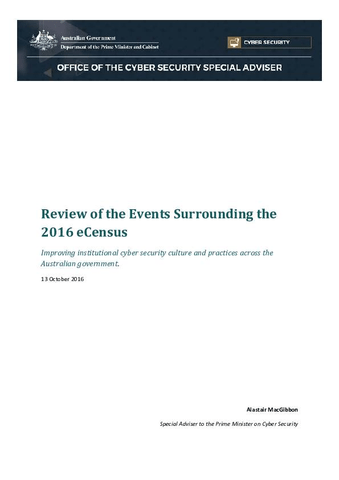 Review of the events surrounding the 2016 eCensus

The Australian Government’s new paradigm of online engagement and services for Australians is not coming. It’s already here.

Government’s response to the eCensus events of 9 August 2016 provides an opportunity to change the conversation about cyber security: to one of trust and confidence in the government’s digital transformation agenda, where ‘digital first’ is the overwhelming preference for Australians, underpinned by tangible security and adherence to privacy.

The 2016 eCensus tells us that more of the same is not enough: there is a new imperative to embrace cyber security as a core platform for digital transformation. And when we make the necessary changes we will increase the chance to deliver on the promise of Australia’s Cyber Security Strategy, to strengthen trust online and better realise Australia’s digital potential.

Much of the Government’s dealings with Australians now takes place online, and this trend will only accelerate. But because this world is new, some disruption is bound to occur as culture shifts. And setbacks are inevitable.

The 2016 eCensus was a setback. One of the government’s most respected agencies – the Australian Bureau of Statistics (the ABS) – working in collaboration with one of the technical world’s most experienced companies – IBM – couldn’t handle a predictable problem.

As a result, a key national event trended online globally as #CensusFail – a serious blow to public confidence in the Government’s ability to deliver on public expectations. While the media proclaimed the usual “cyber-attack”, this cyber security issue was, unusually, not a matter of national security. Instead, it was a clear demonstration of the broader impacts – and relevance – of cyber security on Australian society. 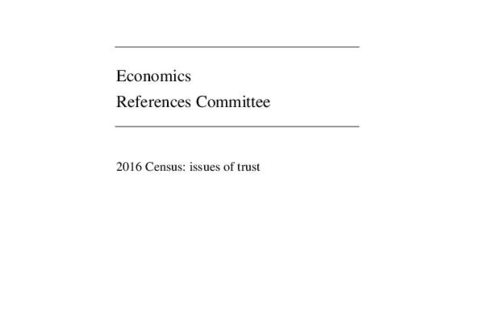 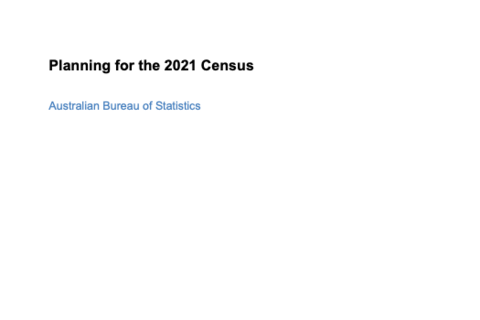 Planning for the 2021 Census 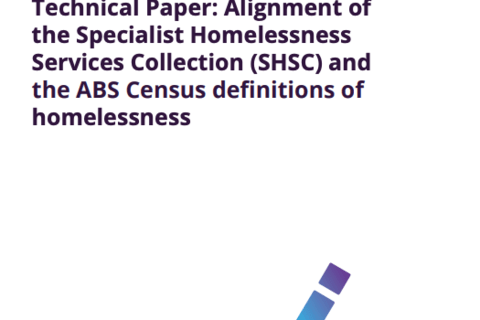