The normalisation of cycling in Melbourne: fostering a transition in practice

Cycling is seen today as a panacea for many problems facing cities in Australia and the rest of the developed world, including issues of increasing traffic congestion, increasing rates of obesity and volatile oil prices. As a result, governments are increasingly looking to encourage the growth of cycling as a mode of transport used as part of everyday urban life.

This thesis examined public interventions into cycling in Melbourne with the lens of social theories of practice, to judge the comprehensiveness of these actions and their likelihood of successfully moving cycling from being a minority mode of transport, to a safe, accessible transport mode for people of all ages and cycling abilities. By doing this, attention could be drawn to any gaps in current public policy, and recommendations could be made on how this could be addressed through further or alternative interventions.

The results showed that in inner Melbourne interventions into cycling are aimed at substituting cycling for journeys currently made by cars and to a lesser degree public transport, with the intention to eventually completing a comprehensive network, but with a focus journeys to work and, to a lesser extent, local shops, schools and other amenities.

The use a of social theories of practice lens in examining interventions to encourage utility cycling was insightful, showing that generally, interventions being taken to increase cycling in Melbourne are directly normalising most of the elements that utility cycling practices are comprised of.

In particular, the focus on normalising the material element of infrastructure is good as it is vital to normalising cycling as a whole. However, there are a number of gaps, and cases where cycling is still being represented or promoted as a sporting activity.

Using social theories of practice to frame interventions also gave insights into how practices related to transportation more generally affect cycling, illustrating that normalising cycling is not a simple problem that can be solved by a handful of local government departments, but rather, requires co-operation across the whole of government.

On a broader scale, concepts of mobility itself are important in determining how practices such as utility cycling are going to be encouraged. Society’s expectation of high mobility, low-density urbanism and school choice, for example, increase the lengths of car trips and commutes, making cycling an uncompetitive practice with driving in many cases. Only by reversing these ingrained beliefs will cycling be more competitive with car travel and become a normal part of life for more people.

Overall, this analysis of interventions to normalise cycling has shown that public authorities in Melbourne are broadly taking actions that will effectively normalise cycling, but more attention need to be paid to ensuring that all interventions are consistent with utility cycling practices, and strengthened collaboration across government will be necessary to create more favourable conditions for the substitution of automobility with cycling.

This honours thesis was written Mitchell Connolly as part of his final year of the Bachelor of Urban and Regional Planning (Honours) degree at RMIT University.

They know where you go: dockless bike sharing looms as the next disruptor – if key concerns are fixed

An analysis of active transport in Melbourne: baseline activity for assessment of low carbon mobility interventions 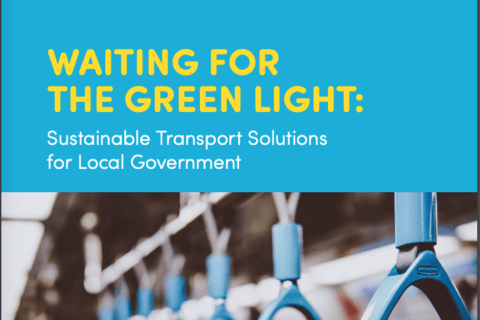 The eight principles of the sidewalk: building more active cities