China in South Asia: the case of Afghanistan

It is almost trite to observe in 2018 that China’s economic growth over the last twenty-five or so years has been spectacular. The Chinese Communist Party, which has managed most aspects of the economy, can justifiably take credit for that growth. It has lifted an estimated six hundred million people out of poverty and enabled many others to become millionaires and even billionaires. If the sheer enormousness of that figure is difficult to comprehend, consider this: China used more cement between 2011 and 2013 than the United States used in the entire twentieth century. In other words, in the space of those three years, China constructed more housing and infrastructure than the United States did from the 1900s through to the 1990s, including its period of greatest expansion during which it built its Interstate road networks, the Hoover Dam and most of its skyscrapers. In those three years, China used an estimated 6.6 gigatons of cement compared to the United States, which used 4.5 between 1901 and 2000.

China’s economic growth has had a major effect on its foreign policy. In order for the Chinese Communist Party to be seen by the Chinese populace as not resting on its economic laurels, in being perceived to be pursuing the Chinese dream of returning the country to its historically pre-eminent position in the international order and in keeping with the one hundred-year marathon that Pillsbury describes, China now seeks to increase its influence in the region. While its efforts in that regard in the South China Sea and among the countries of South-East Asia have been recognised and analysed in considerable depth, its efforts to do likewise to its west have not received the same degree of attention.

China is actively at work in Kyrgyzstan and Tajikistan, attempting to stabilise those countries, and is now extending its reach into Afghanistan in order to achieve its regional goals. This paper will study some of those.

- In Afghanistan, China recognises several economic and strategic opportunities to advance its goals in the region and beyond.

- It sees the opportunity to acquire access to much of Afghanistan’s mineral wealth.

- There is also an opportunity for China to ensure the security of its own restive Xinjiang Province.

- Beijing also discerns a possibility to diminish US and Indian influence in Afghanistan.

Ocean of debt? Belt and Road and debt diplomacy in the Pacific

Navigating the Belt and Road Initiative 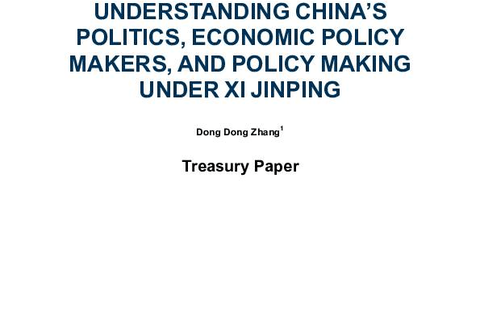 Federalism and the Belt and Road Initiative: Managing tensions between Australian governments

The state of Victoria and China’s Belt and Road Initiative: where does it leave Victorians?