This paper examines citizen resistance against two proposed inner city toll ways, and the reimagining of transport futures and prospects they inspired. The proposed East West Link was fiercely contested attracting considerable consternation from across multiple urban publics, extending beyond residents living within the corridor of the project to include long-standing public transport advocates, Victorian-based transport academics and former state planning advisors. Following the election of the Labor Government in 2014, the contracts for the East West Link were cancelled. But in rejecting this inner city toll way, this newly elected State Government then announced the West Gate Tunnel, a market-led toll way project proposed by the operator Transurban. As resident groups, locally elected politicians and long-standing public transport advocates challenged the efficacy of these proposals, the contestation that mounted also produced multiple re-imaginings of the city’s transport future. This paper draws on extensive key-informant interviews with community campaigners, politicians, non-government stakeholders as well as policy and media analysis examining the resistance campaigns against the proposed East West Link and the West Gate Tunnel projects. The temporal and spatial analysis conducted over this period exposes a geography that shaped the depth and breadth of this imagining formed by the vastly different transport fortunes being experienced. This paper reveals how citizen contestation across the geography and temporality of controversial project proposals is mediated, complicated and refracted by the changing dynamics of urban politics constituted within transport planning, the meeting ground of civil society, the state and the corporate interests that have flourish under neo-liberalism.

The field of climate and security: a scan of the literature

The State of Food Security and Nutrition in the World 2017: building resilience for peace and food security 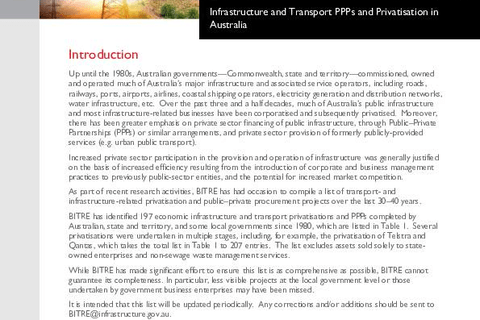 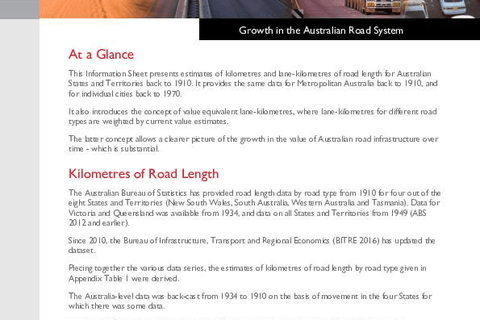 Growth in the Australian road system