The Foodbank Hunger Report provides an annual snapshot of the largely hidden problem of food insecurity in Australia. The 2016 report is a summary of two pieces of research undertaken amongst Foodbank stakeholders in the first half of the year.

The first was a survey of recipients of food relief from front-line charities and community groups. This is the first time Foodbank has undertaken such research. The aim of this survey was to better understand the reality of food insecurity in Australia including the impact it has on the physical, mental and emotional health and wellbeing of individuals and families. It explored the circumstances that drive people to seek food relief and the influence the provision of food has on their wellbeing and prospects for the future. This research was conducted online and face-to-face by Galaxy Research in February 2016 amongst a sample of 636 Australians who had experienced food insecurity in the past 12 months.

The second piece of research was the Foodbank Welfare Agency Survey. This is the fourth such survey and was conducted between December 2015 and March 2016 amongst the charities and community groups sourcing food from Foodbank. The aim of the survey was to ascertain information about the agencies that provide front-line food relief, their food provision activity and the beneficiaries of that activity. It also sought feedback on the service Foodbank provides. 1,019 responses were received and analysis of the results, as well as the context of economic factors surrounding the issue of hunger and food relief in Australia, were provided by Deloitte Access Economics, Australia’s pre-eminent economics advisory practice. 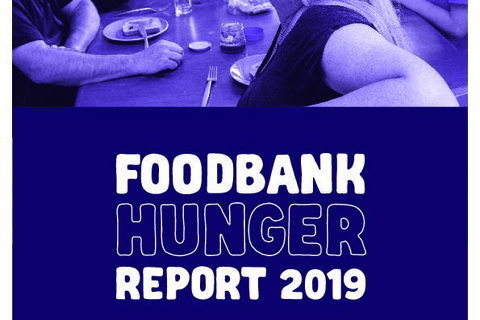