Towards an optimal employment strategy for people seeking asylum in Victoria

Australia is one of the most successful multicultural and migrant nations in the world (Ozdowski 2013), with 46% of its population having either foreign-born parents or being foreign-born themselves (OECD 2018). Part of this foreign-born population either are, or have once been, people seeking asylum and refugees. Reports from the Australian Government Department of Home Affairs (2018) indicate that there was a total of 64,805 people seeking asylum in Australia (36,874 who had arrived by boat and 27,931 people who arrived by plane over the last few years). Of these, many were granted Bridging Visas and a large proportion have made Victoria their home. Finding a job is crucial for stabilising the circumstances of people seeking asylum while they await the outcome of their application for protection. However, people seeking asylum face a range of barriers to finding ‘decent employment’, many of which are exacerbated by Federal and State Government policies.

This research was commissioned by the Asylum Seeker Resource Centre (ASRC) to understand the challenges faced by people seeking asylum with finding employment in Victoria, and to propose practical policy recommendations to improve their employment outcomes and social participation pathways. Data was collected primarily through desktop research, and supplemented by surveys of ASRC program participants (n=59) and employers of people seeking asylum (n=9), along with interviews with ASRC program managers and volunteers (n=3). An economic analysis of ‘targeted employment support’ programs was carried out - including the New South Wales Government’s Refugee Employment Settlement Program (RESP); the Victorian Government’s Jobs Victoria Employment Network (JVEN); the Brotherhood of St Laurence (BSL) Given the Chance for Asylum Seekers (GtCAS) Program and the ASRC Employment Program - to understand the overall economic costs and benefits of each of the programs. This was followed by a qualitative analysis of the survey and interview data.

Our economic analysis suggests that:

Survey and interview findings suggest that: 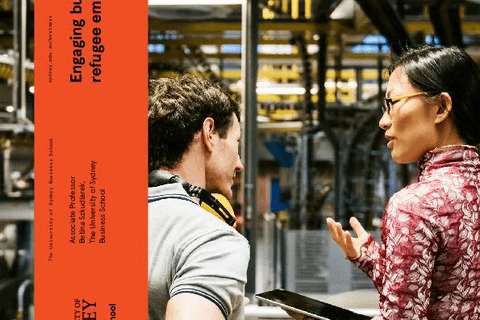