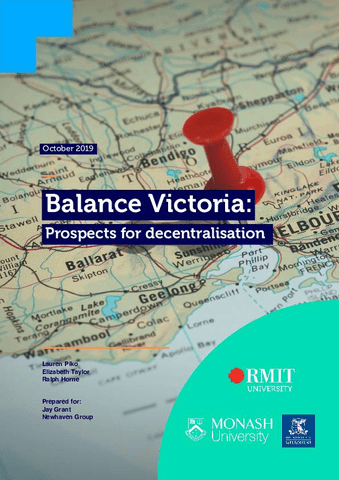 A common perception is that Australia has already attempted decentralisation, and that these attempts have “failed”. This preconception relies on several related judgements, each of which deserve further consideration. The ‘failure’ hypothesis encapsulates considerable omissions, conflations and misrepresentations of the available evidence. This report will challenge the assumptions that underpin such perceptions. It is based on a literature review and historical analysis of attempts to divert growth (economic and population) away from principal urban centres, towards different cities, different city forms, and/or towards more distributed regions. We analyse key drivers of efforts toward decentralisation, and identify key issues in contemporary debates. In particular we point to a lack of clarity in definitions of decentralisation and related terms (such as regionalisation) and of what the associated metrics of success might be; and to narratives that inaccurately normalise and essentialise the primacy and authenticity of existing cities. We argue that an uncritical rejection of the prospects for decentralisation takes a passive view of centralisation and of the nature of social change or government action. We draw on case studies to argue that significant decentralisation, or meaningful new settlements in Victoria, is neither a given nor a learned “failure”, but would require:

These are functions of government that shaped or even defined earlier periods of settler-colonial settlement, but which were subsequently dismantled and indeed have been variously rejected by some quarters as risking undermining the primacy and workings of the property market.

Victoria’s history shows how land and infrastructure-based initiatives to periodically open up the regions have either been left to dwindle or have been purposefully dismantled. In contrast, centralisation, intensification and suburban expansion of Melbourne have been supported through sustained alignments of efforts, including public policy.

In order to be meaningful and actionable as a policy, in this report we argue that defining decentralisation policy is critical (but is surprisingly absent from prevailing narratives). There must be clear definition of what is being de-centred (e.g. only population, or infrastructure?), how, and why. These questions ought to be considered alongside, if not before, decisions are made regarding where the location of such decentralisation.

Whose sea-change? Some reflections on transformations in the City of Albany, W.A. 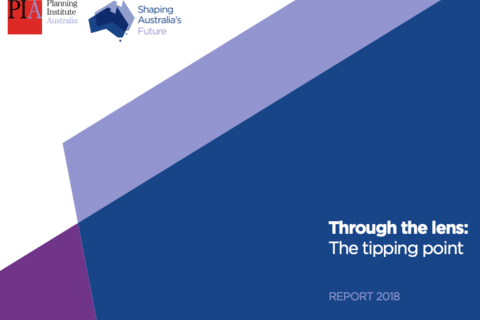