The fiscal impact of immigration: a review of the evidence

Migration is increasingly recognised as an effective way to foster sustainable development: for migrants themselves, for their countries of origin and for host countries. However, all too often migrants are perceived as a drain on public finances or as taking advantage of national welfare systems.

This review brings together the existing empirical evidence on the fiscal impact of immigration. It is the first to synthesise empirical studies from both high- as well as low- and middle-income countries.

The evidence offers no definitive answer as to whether migrants are net fiscal contributors or net burdens, as the fiscal impact of immigration is highly context-dependent. In general, the net fiscal impacts of immigration are minimal, hovering around plus or minus 0% of a country's GDP, meaning that migrants contribute as much to public finances in taxes as they receive in benefits. This holds true in high-income as well as low- and middle-income countries (although the evidence base on the latter is scant). The evidence runs counter to negative public narratives that depict migrants as a strain on public finances and a threat to welfare systems.

Finding a place to call home

Intergenerational transmission of disadvantage in Australia 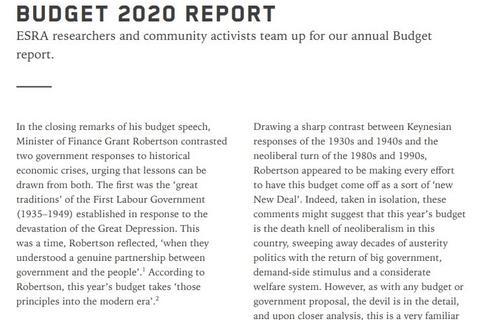 Urban crime rates and the changing face of immigration: evidence across four decades

Immigration and crime: what does the research say?