Bridging the divide: autonomous vehicles and the automobile industry

The automobile industry is in the midst of a technology-driven revolution. The industry transition to autonomous, connected, electrified and shared (ACES) vehicles has the potential to boost technological development and economic activity in the traditional manufacturing cities of the United States, bridging the divide between high-tech innovation hubs and regions historically known for industrial economies.

With the right policy environment, important investments, and effective retooling of existing advantages and relationships, traditional automotive manufacturing clusters can be at the forefront of the technological revolution within the auto industry and seize the growth and employment opportunities that it brings.

Due to the massive digitisation of today’s cars, vehicle manufacturing should be considered a process that takes place in the physical and digital world. Imaging, robotics, navigation, connectivity, data processing, and artificial intelligence broadly are the building blocks of AVs. The importance of software development, which is increasingly recognised by automakers transitioning to producing smarter vehicles, will lead to the formation of economic clusters in cities like Pittsburgh which focus on critical technology development.

The benefits of ACES vehicles are broad, especially for cities not traditionally considered technology hubs. However, to fully realise these benefits, the auto industry must work with policymakers and the general public to establish a favourable regulatory environment and build consumer confidence in artificial intelligence and AVs. Full-scale deployment will facilitate the potential of ACES vehicles to bridge the gap between the high-tech hubs and the rest of the United States.

This report is divided into three sections that describe the domestic economic benefits of the ACES transition, if managed properly. The first section focuses on how the transition will impact the existing automobile industry manufacturing footprint, using the Mahoning Valley in Ohio as a case study. The second section examines the software and computer side of the ACES transition, using Pittsburgh’s fledgling AV research and development industry as a case study. The third section lays out broad benefits made possible by ACES if deployed with scale and proper management.

Critical minerals and the role of U.S. mining in a low-carbon future 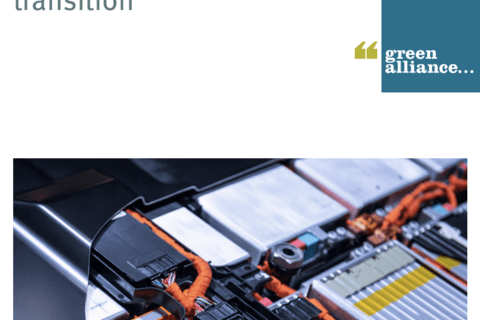 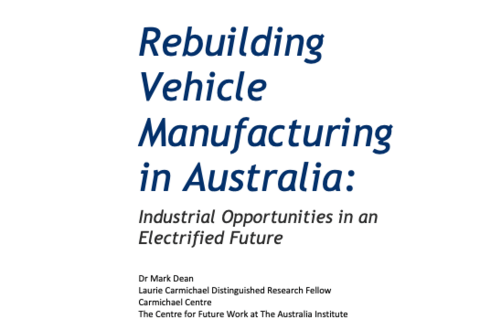 Trouble in the making? The future of manufacturing-led development

Advanced industrial robotics: taking human-robot collaboration to the next level